India needs comprehensive reform, not death penalty, to deal with violence against women 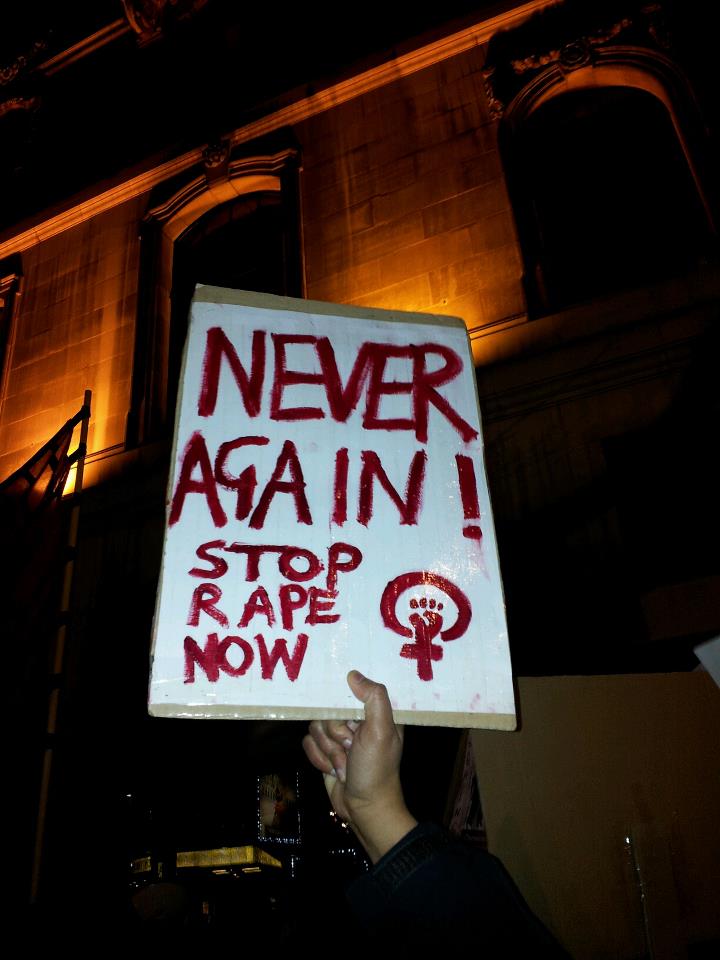 This is a guest post by Dr Aisha K. Gill, Reader in Criminology at the University of Roehampton. Her main areas of interest and research are health and criminal justice responses to violence against black, minority ethnic and refugee women in the UK, India and Iraqi Kurdistan. She has been involved in addressing the problem of violence against women and girls at the grassroots level for the past fifteen years. A full list of recent publications and research activities can be seen at her website and she tweets at @DrAishaGill.

The horrific sexual assault and murder of 23-year-old ‘Nirbhaya’ shocked India in December 2012, drawing attention to the widespread violence against women in the country and sparking nation-wide protests and reforms.

On 31 August 2013, the judge presiding over the trial of one of the accused will hand down the first verdict in the case. The defendant is one of six people charged with tricking the victim into boarding an off-duty Delhi bus where she was brutally gang raped on 16 December 2012. She died on 29 December 2012 due to injuries resulting from the attack. Four of the other defendants are being tried in a special fast-track court in New Delhi. The sixth was found dead in his prison cell in March 2013.

While some in India have called for the death penalty to ensure that ‘justice is seen to be done’, this by no means represents the majority view. Most Indian states support life imprisonment without parole, while many politicians have remained silent on the issue. Similarly, protestors internationally have focused on the importance of strengthening women’s, especially victims’, rights within India. Indeed, many women’s and human rights groups across India have campaigned against the introduction of the death penalty for rape cases, arguing that it is “neither a deterrent nor an effective or ethical response to these acts of sexual violence”.

However, supporters of the death penalty continue to stress its symbolic value for communicating collective condemnation. This argument ignores how in practice capital punishment may lead to the further silencing of women victims within the country by driving sexual violence underground where it cannot be addressed. This problem is compounded by the fact that, according to National Crime Records Bureau statistics from 2011, nearly 95% of offenders are known to their victims; a fact borne out by the recent spate of rapes of women and girls in Delhi and neighbouring Haryana, where the perpetrators were mainly relatives or powerful upper-caste men from the area. If the death penalty is mandated, it will become even more unlikely that victims will be allowed to register their cases – already a common problem in India – against neighbours, relatives, friends and men who wield immense local power.

Moreover, there is no evidence to suggest that the death penalty is an effective deterrent. Around the world there is a low rate of conviction in rape cases, irrespective of the use of the death penalty. Also in countries with the death penalty, men from minority communities constitute a disproportionate number of death-row inmates. Within India, the law on crimes punishable by death is selectively and arbitrarily applied to favour the powerful, with persons from disadvantaged communities and religious and ethnic minorities receiving the vast majority of death sentences and long prison terms. 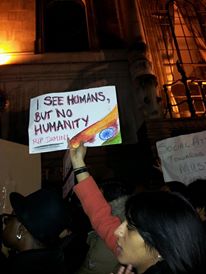 Ultimately, the notion of the fundamental ‘right to life’ implies that even the state should not have the right to take a life, irrespective of a person’s status or actions. Human rights-based perspectives argue that punishment should focus on providing meaningful justice in the context of both the victim’s and offender’s lives. Justice mediated by the state should not seek shortcuts in addressing the complex socio-political issue of violence against women. Far-reaching social change is needed to tackle the cultural norms that allow men to rape with impunity. Using the death penalty to quiet public anger, without changing society, will not address the fundamental underlying issues.

It is encouraging to note that positive steps in this direction are underway in India. Following the murder of ‘Nirbhaya’, The Justice Verma Commission was established to create recommendations regarding how India might curb violence against women and strengthen rape laws. In its 630-page report of 23 January 2013, the Commission suggested amendments to the law to provide for quicker trials in rape cases and enhanced punishments for sexual offences. By identifying Indian society’s patriarchal frameworks as the foundation upon which crimes against women occur, the Commission gave Indian statutory agencies cause to reflect on the extent to which social attitudes and norms contribute to the climate of misogyny that feeds the commodification of women, in turn leading to violence. The Commission’s report also highlighted the Government’s responsibilities under the Indian Constitution to protect the “right to life with all aspects of human dignity for women”.

The groundswell of public and media fury over the ‘Nirbhaya’ and other recent high-profile rape cases has precipitated a political moment, providing impetus for much needed reforms of India’s laws, policing practices and other aspects of the criminal justice system. However, in seeking to seize the political moment there is a distinct danger of acting in haste, ignoring the experience of the women’s movement and civil liberties activists about what reforms are most likely to prove effective in tackling this problem. It is vital that India looks beyond the natural human desire for retribution to seek more complex and holistic ways (e.g. sex-offender treatment programmes and restorative justice approaches) to deal with and, ultimately, prevent violence against women, thus providing a true and lasting legacy of change.

A detailed analysis of this case can be accessed via: Gill, A. and Harrison, K. (2013) Sentencing Sex Offenders in India: Retributive justice versus a different way forward, International Journal of Criminal Justice Sciences, Issue 8, Vol. 1. (forthcoming).

Images show signs held up at a candle-light protest at the Indian High Commission in London on 7 January 2013. They read: (1) “Never again! Stop rape now”; and (2) “I see humans, but no humanity”. Photographs were taken by the author and are used with her permission.