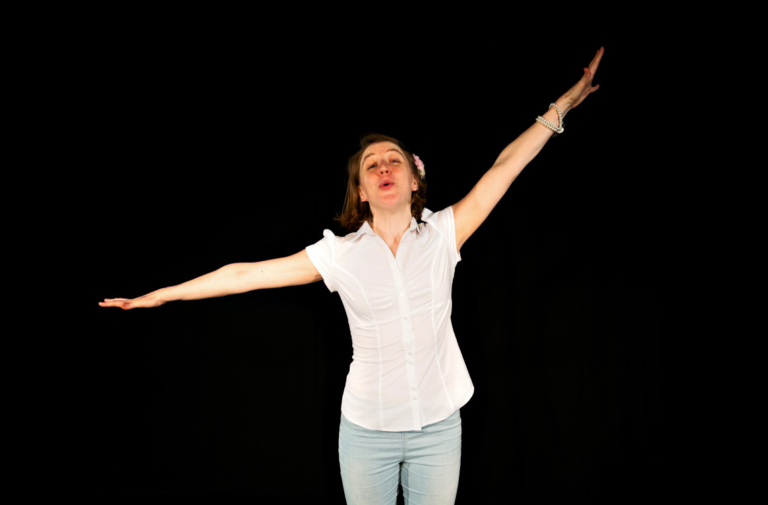 More of The F-Word at EdFringe

Philip Ridley’s disturbing one-hander details how a vulnerable 15-year old girl provides easy prey for callous grooming and sexual slavery. Neglected, abused and abandoned, Andrea is desperate for affection, love and affirmation from someone – anyone – but finds it nowhere. The audience bears witness to Andrea’s story as she details every disappointment, sordid humiliation and thwarted dream. Relief comes only through the witty, eloquent script and nuggets of dark humour. Andrea’s manic delivery might suggest some catharsis, but then recalling her memories triggers her paranoia, plunging her deep into a flashback, re-experiencing her abuse till it threatens to destroy her, leaving the audience moved beyond tears.

In the week a UK judge described a 13-year old girl as “predatory”, and men in their 40s are excused of raping children because “it takes two to tango”, this discomforting play feels painfully relevant. Gemma Whelan’s heart-wrenching performance illustrates how grooming works and how a teenager might learn to accept sex as their only means to relate to men, but also how vulnerable girls should not be viewed as predators of grown men and why we must stop victim blaming.

Andrea’s account may be jumbled and occasionally delusional but the audience witness the truth of her suffering and there’s no doubt who is the victim here. Whelan’s devastating portrayal was rewarded with an emotional standing ovation during this performance.

She has a message to spread: sex industry workers aren’t stereotypes

Phone Whore is as real as it gets. Watch as a genuine sex worker takes calls from clients and expertly fulfils their fantasies with a degree of acting skill you wouldn’t believe. If you close your eyes and let Cameryn Moore’s words fill your mind, you’ll be able to visualise the scenes she creates for her clients (and who doesn’t like freebies?). You’ll be entertained, aroused (yes, this is hot!) and maybe disturbed.

Moore talks about her job and offers an unglamorised commentary of her life which challenges the popular view of sex workers as exploited victims or glamorous escorts. As Moore says: “It’s a job like any other job.” Moore acknowledges her audience throughout which adds to the realism, though it’s not a dialogue. She has a message to spread: sex industry workers aren’t stereotypes. They’re real ordinary people just like you.

She explains how taboos about sex force some people to only seek fulfilment through sex services. “Some of my callers don’t feel safe in their own heads,” she says.

This show is sponsored by the Sex Worker Open University and the International Sex Workers’ Foundation for Arts, Culture and Education, so it is a portrayal of sex work that’s approved by workers themselves, instead of a figment of the popular imagination like many portrayals of the industry. 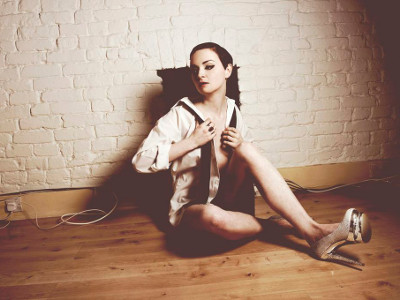 Aisling Kiely’s one woman show covers 24 hours in the life of a young woman, Eve, negotiating modern life. We begin with a job interview which goes horribly wrong when Eve states that she’s planning to have children in five years’ time. We finish with a wedding speech with a twist. Along the way, we meet Eve’s outspoken flatmate Alice and other characters, consider the role of industrialisation in the emancipation of women, witness onstage false eyelash application, listen to a cracking soundtrack and question whether the contraceptive pill has led women to have a false sense of control over their own fertility.

I cannot fault the feminist credentials of this piece; in particular it’s great to hear the word “cisgendered” used in the first 20 words of a play. The writing is thoughtful, with many layers. It falters rarely, although an overly long two-person section near the end would have worked better with more editing. In addition, although Kiely is a precise and warm performer, I feel that the show as a whole might benefit from more energy.

This play is an excellent exploration of what it means to be a woman in today’s world and I look forward to seeing what Kiely will do next.

Nicky Gaudagni conjures seven “scandalous women” who the publicity promises “will shock and break your heart”. A minimalist yet lyrical production, we are offered short, deftly drawn sketches of Myra Hindley, Zelda Fitzgerald and Carson McCullers, among others. These do intrigue, but for me represent little beyond the well-known headline stories of these women’s histories, bringing few new insights. Given their “passionate lives”, the show could carry more emotional punch. On this occasion, the audience too is minimal; perhaps that, along with the freezing cold room and stark staging, has contributed to my detachment from characters who, even if unlikeable, should provide stronger hooks for engagement and consequently a greater risk that my heart will break.

The room temperature being air-condition-controlled leads to my speculation that this is a conscious manipulation of the space – literally providing a chilling encounter. As it is, it has a sepulchral effect, the long-deceased women seeming somewhat spectral in their evocation, rising from our solo performer as she shape-shifts from one to another in close succession.

The heart of the trouble for me is probably that the women relate their stories as lives lived in reference (and deference) to others – men in the main. Having seven characters presented in rapid succession this way creates a heart-sinking sense of lives half-lived. Maybe this is the point. The Paper Birds Theatre Company has created On The One Hand after extensive research and development with women, particularly older women, in the north of England. From this they have created a show that interweaves the lives of various women: a student off to Cambridge, a bereaved women travelling the world and trying to find herself and a daughter in her 60s trying to write down the memories of her mother, along with others.

I can’t fault any of the performances, but for me the physical theatre elements of the piece fall a bit flat. The reason for this may be the play’s direction, that this theatre style is somewhat dated now or simply my personal preference. The moments that really work for me are those where actors shift from charac-ter to character, suggesting the different roles that women play for others. The set created by Fiammetta Horvat is excellent; pieces of household furniture such as a bed and a bath hang from rods on a frame and the actors are able to crawl through it all. I wholeheartedly support Paper Birds’ method of working and it’s good to see the lives of ordinary, and not so ordinary, women shown on stage, but despite this play’s high production values and individual excellent elements, it doesn’t really touch my heart.

This harrowing true story starkly displays how fear, religious intolerance and what we now know as transphobia can lead to the murder of an innocent man. This isn’t a show you’d see to be entertained – this is gritty, real and powerful. There’s no uplifting message and that’s part of what makes it so raw.

Executed for Sodomy features superb acting. The lack of scenery and props sometimes makes it seem almost like a mime; however, the acting is so good that it’s relatively easy to visualise the scenes.

The show opens with the trial of a trans man, born Caterina Linck but going by the name Anastasius Rosenstengel. His remarkable life story of joining a cult, serving in the military and marrying a woman is acted out through flashbacks as the trial progresses. Sodomy was a crime of which only men had been convicted. Rosenstengel was held to be guilty despite the fact he was misgendered throughout the trial and his conviction was rooted in the belief that he wasn’t a man and that biology is destiny. Executed for Sodomy isn’t fun like many other Fringe shows but it tells an important story and for that reason it’s worth seeing.

This is a very simple show. In front of a draped white curtain, Christine Buxton sits on a stool and reads stories based on Jesus’ life and crucifixion. Although this is billed as a show about three women (Mary Mother of Jesus, Mary Magdalene and a woman of Samaria), they do not play as central a part to the story as I would have liked and we spend more time on Jesus, his disciples and Pontius Pilate. Buxton draws some parallels between 33 AD and the current day but, overall, this is a meditative piece, taking inspiration from the New Testament and other writings and doesn’t seek to challenge Christianity. Some sections remind me very much of the writings of Paulo Coelho.

Although Buxton’s onstage presence is very assured and calm, I feel the performance would benefit from more contrast to retain the audience’s attention. There is a Spoken Word section within the Edinburgh Fringe programme and truthfully this show should have been there rather than within theatre. However the Fringe should be about people having a chance to fulfil their own personal ambitions and create performances that speak to them and Three Women does embody that spirit.

To read our previous round-up of reviews at this year’s Fringe, click here.

Reviews are by Cathy Hornby, Lissy Lovett and Tara Msiska.