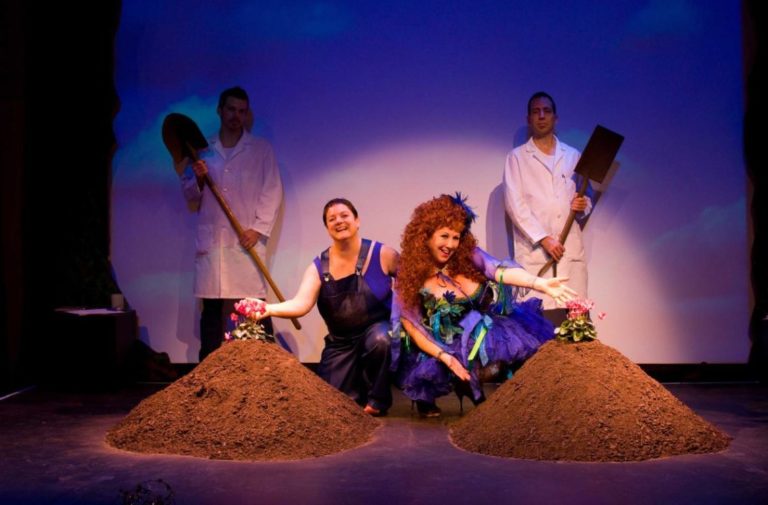 New review: Getting dirty with Earthy

Over the last few months, a few events around Europe have been put on as part of the first International Ecosex Symposium, with the tag line, “So blue we’ve gone green!”

If you are unsure what ecosex is, you might want to start by reading the Ecosex Manifesto (though maybe not at work as there is some nudity). Point one explains: “The earth is our lover. We are madly, passionately and fiercely in love.” It also outlines some possible ways one might be sexual with the earth: “We shamelessly hug trees, massage the earth wtih our feet, and talk erotically to plants […] We caress rocks, are pleasured by waterfalls, and admire the Earth’s curves often.”

This manifesto was written by Annie Sprinkle and Beth Stephens, two ecosexuals and sexecologists. They are the performers and educators of Earthy, an “ecosexual bootcamp”, which Malise Rosbech attended in London.

Although she was intrigued by the concept, Malise found that little was explained or contextualised and the dots were not drawn between what Sprinkle and Stephens were doing and what they said they were trying to achieve. She writes:

The big bad wolf according to Sprinkle and Stephens are big global corporations. Non-violent direct action is understood as a form of resistance to authoritative violence and a way to empower people to fight these corporations. That’s all good. I also believe that most global corporations are awful and horrendous. What gets me is that there is no talk about the actual moving factor behind this global industry: capitalism. The show could have been so much better had the link between patriarchy, heteronormativity, (environmental) activism and capitalism been established, or at least recognised.