Rethinking the discourse of sexual harassment 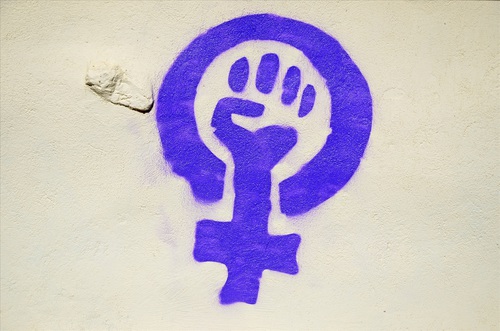 After following Everyday Sexism on Twitter and reading its website for nearly a year, there are times when reading their continuous flow of sexual harassment stories becomes too painful an experience. I have contemplated unfollowing Everyday Sexism’s Twitter account because there are entries that became too much to bear. On the one hand, I am reminded of the series of harassments I had suffered. But on the other hand, which will become the main thrust of this post, I was becoming tired of sexual harassment as a ‘victim’ narrative.

In the discourse of sexual harassment of popular feminism (found in mainstream media and new social media), women, and it is nearly always women, come forward to talk about their experiences. This in itself is a powerful thing: women have historically been denied a voice to express gender-based injustice in private and public spaces. Facilitated by new forms of media technologies, the new age of twenty-first feminism has granted every woman (with a phone and/or access to the internet) the opportunity to tell their stories. And what stories they are.

Online spaces like Everyday Sexism allows women to share and seek support from others who have shared similar experiences. Such spaces, without a shadow of a doubt, help recuperate the disempowered feeling when a harasser finds pleasure and amusement in debasing women. There are many initiatives across the UK such as the Hollaback! project that reaches out to women who have faced street harassment with information on how to respond to their attackers. But as Everyday Sexism has shown us, those who have dared to challenge their harassers are faced with some serious repercussions for their courage. For that reason, these spaces must continue to thrive and bolster support.

I have been informed by lawyers that women can always leave their job and seek work elsewhere after experiencing sexual harassment in the workplace. In this economic climate, that is far easier said than done. Harassers, meanwhile, enjoy the relative anonymity of not being subjected to much public scrutiny of their motivations and why they have been allowed to commit sexual harassment in the first place.

How do we transform the discourse of sexual harassment to make perpetrators more accountable for their actions and set the terms to stem future harassment? But more importantly, how do we redress the imbalance of the victim-heavy narrative of sexual harassment and in the process neutralise anger and trauma into hope?

Perhaps the welcoming of more men into feminism as allies and pro-feminist supporters can help rebalance the discourse of sexual harassment. But this welcome is not without prior knowledge of the abuse of influence and male privilege by men who call themselves ‘feminist’. The recent implosion of Hugo Schwyzer is a cautionary tale of men who are lauded for not just wanting to be part of popular feminism but also wanting to be a voice within it and a very loud one, too.

The sudden, rapid and ongoing demise of Schwyzer’s credibility as a ‘feminist’ was satisfying but may then make male participation into feminism an ideological mine field. Or will it? because I highly doubt it. There will be a queue of men who would love to take Schwyzer’s place. The adoration that men get for claiming to be feminist is hard to resist.

There is great resistance from men who think that feminists regard all men as potential harassers. In a similar way, commentaries calling on the examination of masculinity in light of child abuse cases have stoked anger in men because they think they, innocent men, are accused of being potential rapists and abusers of children. But the truth is, straight men are socialised into thinking that female bodies are for looking and possession. Also, entitlement to bodies creates an illusion that men can get away with it.

Also, there is an assumption that female feminists have a liberal attitude towards sexuality and are easily ‘up for it’, if men ask nicely and impress female feminists with their knowledge of second wave feminism. Such an assumption is easily exploited by self-proclaimed ‘feminist’ men resulting in harassment and abuse. Reminders to ‘be aware’ and ‘stay away’ from these men are not enough to protect ourselves as they can easily take their abusive behaviour and create damage elsewhere.

An example of a successul take-down of a harasser is pertinent here. The recent dressing down of British ‘star’ philosopher Colin McGinn is one of the few but crucial victories for women in academia. Evidence of Colin McGinn’s sexually inappropriate messages to a graduate student bolstered a campaign to make him accountable for his misconduct. McGinn’s defence of his actions, consisting of intellectual prose, was rubbished by the majority of his colleagues.

McGinn’s fall from grace is an example of justice of a more stubborn order whereby a highly esteemed man of ideas is brought down to his knees by the power and pressure emanating from his ranks. However, his accuser’s identity may never be revealed because in the sensitive and precarious universe of academia, one’s name and its associations are everything.

As female feminists vulnerable to sexual harassment, we need to be savvy, strategic, and informed both on a factual and emotional level on how to tackle harassment while preserving our privacy and dignity. Learn how other women have won their case against harassment. Justice is a process that requires support from the highest level of authority possible, not just the law but other institutions that the harasser’s privilege relies on.

Image, by Mirari Erdoiza, shows graffiti of a feminist symbol (fist within ‘woman’ symbol) sprayed in blue on a white wall). It is shared with kind permission under a creative commons license.