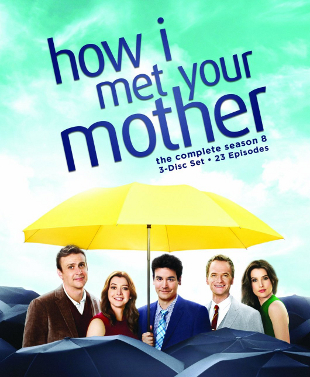 How I met your feminists

Another feminist aspect to the characters of Robin and Lily are their stances on marriage. At the end of season one, Lily begins to doubt her impending marriage to Marshall, confiding in Robin and telling her about what she had planned to do with her life before settling down, including living abroad and having a lesbian experience. Lily later leaves Marshall to undertake an art fellowship in San Francisco, something which Lily is punished for by both Ted and Barney (Neil Patrick Harris), with Barney repeatedly calling her names behind her back, such as “the red-headed tumour”. Lily’s apparent selfishness indicates that she isn’t placing all her attention on her marriage and is instead focusing on the opportunities available to her, especially regarding her much-longed for career in the art world. When Lily later marries Marshall after returning to New York, she decides to keep her name as Aldrin, much to the annoyance of Marshall’s family.

Along with this, Robin has always stated that she never wants to marry or have children. Ted’s initial acceptance of Robin’s wish not to have children or marry seems pretty refreshing, considering that so many works of film and TV revolve around the male protagonist trying to “win” the woman he loves or claiming he is the one for her. However, in season two, her relationship with Ted eventually ends when they realise they do not want the same things in life.

A pivotal storyline for Robin comes in season seven when she discovers that she physically can’t have children. When this this is revealed, she has mixed feelings and narrates the episode to her imaginary children. However, by the end, she tells them “I’m glad that you guys aren’t real”, showing that she has not actually changed her views on the matter of childbearing anyway. When her then-boyfriend Kevin proposes, she tells him about this but, despite being initially supportive, he later takes back the proposal.

Unfortunately, things don’t look too good when Robin rekindles her relationship with Barney in season eight. Indeed, Barney seems to control the partnership and even manipulates her into thinking that he is dating her colleague in order to make her jealous. He also routinely gets his own way when it comes to wedding and living arrangements. The way Robin behaves with Barney seems out of character. Are we really supposed to believe that a woman who has been so anti-marriage for the past eight years would become engaged to a man who has treated her (and numerous other women) so badly?

When it comes to careers, both Lily and Robin particularly strive. Even though Lily doesn’t immediately achieve her dream of becoming an artist, she successfully juggles a job as a kindergarten teacher with making paintings, which, as it turns out, Ted’s one-time girlfriend, Zoey (Jennifer Morrison) is a fan of. Lily does seem to struggle with the reality that she may not become a famous artist, especially as she has to support her husband’s law career and help him when he is out of employment. This is something that could be seen as progressive, as Lily becomes the main breadwinner in their family for a while. However, it could also be argued that Marshall’s career is being framed here as a higher priority than Lily’s. This could perhaps subtly imply that it is somehow more important for men to have their career goals and needs met.

Robin also has a clear career goal – to be a world renowned journalist. When the series starts, she is a reporter for a local show, before leaving and landing a job on an early morning TV show. Robin’s dedication to her career and determination is admirable but she is criticised by her friends when she almost takes a job as what they describe as a “coin flip bimbo” on a game-show over a job as a researcher at an international news channel. Perhaps the characters were meant to be encouraging her to do what they saw as the “right thing” but this could arguably seem patronising, almost as though they don’t think Robin is mature enough to make her own lifestyle choices. On the other hand, it could show how much her friends truly care about her and want her to work to her full potential.

Unfortunately, the supporting female characters are not treated nearly as favourably as Robin and Lily. Barney often labels the women that he tries to sleep with as “sluts with daddy issues” and is barely ever called out on it by other characters. These women are often portrayed as beautiful, yet shallow and highly gullible, believing every lie that they are fed. When these shenanigans are taking place, Robin and Lily generally take the “one of the boys” stance on it – cheering the boys on while busting out the jokes and sipping on bottles of beer. It definitely feels as though Robin and Lily are exclusive members of the boys’ club.

Furthermore, Ted’s numerous romances never quite live up to the female members of the group. A lot of the women that he dates briefly, such as Karen (Laura Prepon), are depicted as shrill, surly and jealous. A stand-out girlfriend of Ted’s is Victoria (Ashley Williams), who is portrayed in season one as independent and funny, just like Robin and Lily. However, when she returns in later seasons, she is a lot more needy and has problems with Ted’s friendship group. Another notable relationship in the show is the one between Barney and Quinn (Becki Newton). Quinn has a job in a strip club and this is portrayed in a much better way than is has been in other shows. Quinn is smart and loves her job so when Barney tries to force her to quit, she refuses point blank, even falling out with him over it. As a “girlfriend” character, Quinn is a breath of fresh air – yes, she is conventionally pretty like the others but she is also witty, cunning and has a great chemistry with the rest of the group.

Overall, How I Met Your Mother is a mixed bag when it comes to how the women are portrayed. The characters Robin and Lily are often handled particularly well – both women have their own identities (most of the time), hobbies and goals. However, the way the characters within the show treat other women is problematic at best, with this especially being the case for the way that Barney (and sometimes Ted) sees his conquests. These women are often belittled and shown as the “pretty but dim” stereotype. This is part of a much wider problem but it would be nice to see a mainstream comedy like this try a little harder in trying to overcome it.

Levi Grayshon is a freelance writer from Manchester. She recently graduated university with a BA in Film and TV Screenwriting. Her blog can be found here