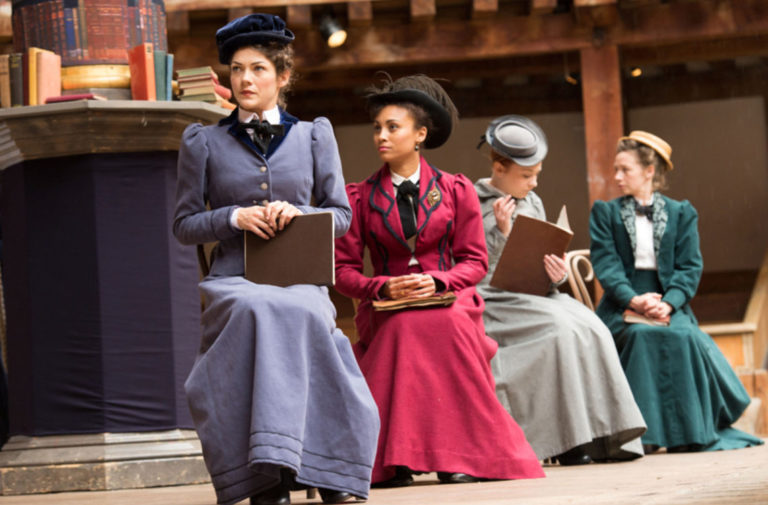 The liberty to learn

“A Learned Woman is thought to be a Comet, that bodes Mischief, whenever it appears.” – Bathsua Makin, 1673

The atmosphere at the performance of Blue Stockings is buzzing. Jessica Swale’s debut play at The Globe is the powerful story of women fighting for their right to higher education, in particular the women of Girton College, Cambridge in the 1890s. Although Cambridge was the first university to host women students, it was the last to grant them degrees. “Blue stocking” was a term of abuse to describe a woman of intellectual pursuits. We need look no further than recent twitter abuse towards academic Mary Beard to see that although the term is out of use, the misogynistic attitudes that underpin it are still festering, over 100 years after effigies of female students were doused in oil and burnt in protest against women receiving degrees. After seeing this play, “blue stocking” sounds more like a badge of honour.

The central narrative revolves around Tess (an excellent performance from Ellie Piercy) as she struggles with academic demands and the fact that attending Girton makes her unmarriageable. The play also follows other female Girton undergraduates, their philosophy professor Ms Blake, Mistress of Girton Ms Welsh, lecturer Mr Banks, who puts his career on the line for the girls (an impressive and moving performance from Fergal McElherron), and a mix of male undergraduates who range from odious to admirable. Edward Peel appears in one notable scene as Dr Maudsley (the namesake of Maudsley Hospital), who believed that women who strive for an education “do so at a cost to their strength and health which entails life-long suffering, and even incapacitates them for the adequate performance of the natural functions of their sex.” Be careful while studying, ladies, in case your womb miraculously wanders into your throat and strangles you.

Another striking contrast between the male and female students is class 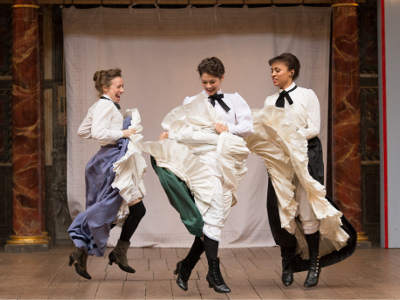 We see the women of Girton deal with abuse from male students, led by Lloyd (played with posh-boy pomp by Tom Lawrence). In one scene in a fabric shop, he verbally abuses two of the Girton girls, only to be refused service. It’s raining, but no one seems to notice as we spontaneously cheer in support of the shopkeeper.

Some of the focus is on making the decision either to fight for degrees or to support the Suffrage movement, as open support could be perceived as too radical, scuppering women’s chances of getting the right to degrees with the all-male Cambridge Senate. This generates some truly poignant scenes, as Ms Welsh and Ms Blake argue which cause is more urgent. Ms Welsh weighs in favour of degrees: “The world makes little sense to me. I am a woman. I cannot own it. I cannot vote for who governs it. I do not even have rights over the children that I bring into it. But, very slowly I am gaining the liberty to learn…The only thing that women can own is knowledge.”

Swale has an intelligent and subtle take on events: for instance, she does not simply present the abusive young male students as pantomime villains. Instead, she shows the power of group mentality. Their first entrance is even in a long, uniform line, all dressed the same. This is in stark contrast to the girls, who first enter gradually one by one. Simple details such as these highlight the newness of women’s colleges in the context of a long male tradition of university attendance. Another striking contrast between the male and female students is class, which Swale highlights in the Blue Stockings programme: “Whilst male colleges were strictly the preside of the privileged classes…the women’s colleges…drew their students from across society…each girl was picked for her extraordinary merit.” 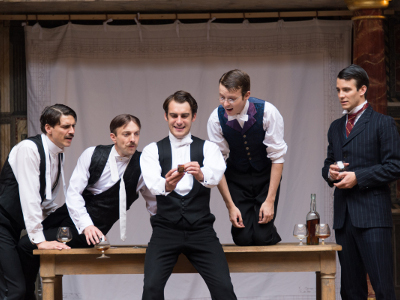 Partly it’s The Globe, partly it’s the camaraderie inspired by the rain, but mostly it’s the eloquent script, talented actors and tight direction that make Blue Stockings such a pleasure to watch. For those considering going it is worth noting there is the exciting option of standing in the pit, the best view in London for £5, though there are also more expensive seated options.

Blue Stockings is part of a retelling of history with all the bits about women included, but, moreover, it is topical theatre. With Malala Yousafzai being shot simply for asserting her right to an education, it is clear that the fight for women’s education is far from over. Closer to home, there is the rise in tuition fees, preventing countless students from attending university. Education for all is not treated as a fundamental right, regardless of gender, race or class. How we perceive the women who fought for education in the past, and their achievements, is central to how we perceive ourselves and what we can achieve. They were courageous: we can be too.

Blue Stockings is showing at The Globe until 11 October.

All photos are used with permission and are by Manuel Harlan.

The third photo shows five men in period suits, crowding round a table to look at something held by the man in the middle.