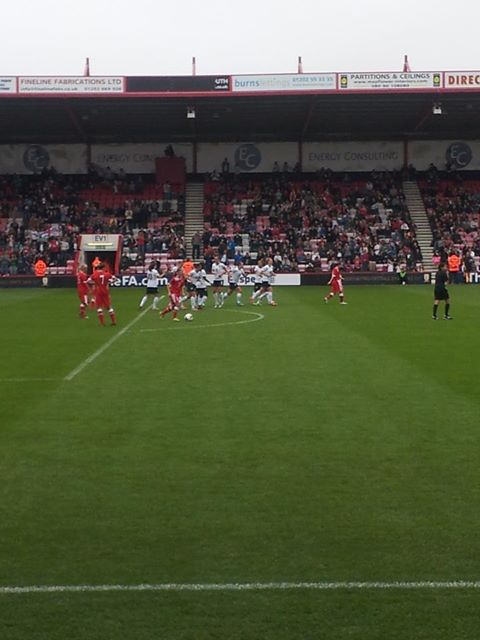 Hello all! Welcome to our weekly round-up of interesting stories and features that we noticed but didn’t have time to blog about. As always, please exercise caution when clicking, as some content may be upsetting or triggering.

This week’s picture is taken by me, at Dean Court, the home of Bournemouth FC, of the England team celebrating after Natasha Dowie scored in the 6-0 win against Belarus on Saturday.

A Statement of Trans-Inclusive Feminism and Womanism (feministsfightingtransphobia blog)

The niqab debate: ‘Is the veil the biggest issue we face in the UK?’ (The Guardian)

From the mouths of rapists: the lyrics of Robin Thicke’s Blurred Lines (The Society Pages)

How to Design a City for Women (The Atlantic Cities)

How about no more misogyny,racism and outings? (Everyday Whorephobia)

9 Things Women In Music Are Sick Of Experiencing (Alternative Press)

Andrew Marr is now more aware of disability. If only everyone were (Guardian, CiF)

Freshers’ week sexism, and the damage it does (Guardian)

The Problem With Estimating Rape Prevalence in Asia (The Atlantic)

If You Are a Woman, Your Work is Irrelevant (Medium)

You can starve on benefits in this country (Guardian, Society)

Non-binary gender identities: how helpful are they for challenging gender rules? (Lesbilicious)

The EDL’s latest victory: defeating a schoolgirl who wanted to put on a gig (Vice)

Women Are Covering The Hell Out Of The Syria War – So Why Haven’t You Noticed? (Buzzfeed)

The UnSlut Project: how sexual bullying ruined my childhood (Guardian)