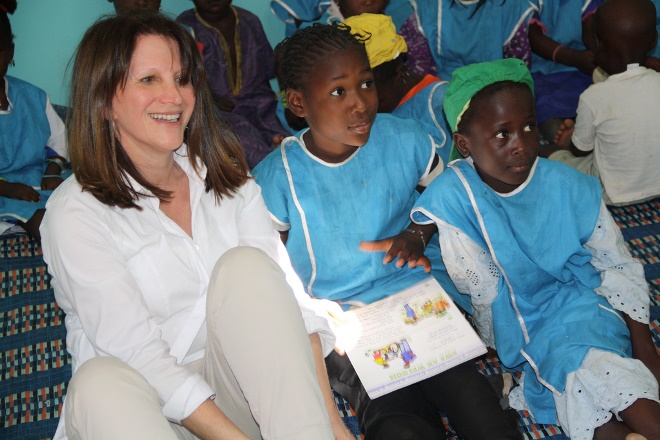 ‘End FGM in a generation’? Not without education, Ms. Featherstone

By Angelique Mulholland. Angelique has produced a mini-documentary about FGM in the UK, featuring interviews with members of Integrate Bristol. The documentary will be published on The Pixel Project’s website on November 1st. You can tweet Angelique at @leakym.

“We can end female genital mutilation in a generation.”

“We are reducing the amount of central guidance that goes out to schools. There are tensions in this.”

Martin Howarth, head of children’s rights and wellbeing at the Department for Education, commenting on why there is a lack of a co-ordinated response to FGM safeguarding in schools

2013 has been a monumental year in the fight against female genital mutilation in the UK.

In March, the government pledged £35 million to eradicate FGM here in the UK and across the globe. In June, the NSPCC set up a 24 hour FGM helpline to provide advice and help for girls at risk of FGM. In September, Keir Starmer, Director of Public Prosecutions said “It’s now only a question of time” before a prosecution for FGM will be secured.

FGM is no longer a sidelined issue; it’s mainstream.

Like with all progress in the field of women’s human rights, this shift to the mainstream is the result of the hard work, resilience and creativity of the many grassroots activists fighting to end FGM in the UK today. Two organisations facilitating these committed women and men are Integrate Bristol and Daughters of Eve. It is the committed members of these organisations that genuinely know what is needed to ‘end FGM in a generation’. And they have been very clear about one of the most important elements that is missing: education.

In October, FGM activists are hoping this will change.

Ms. Featherstone, Under Secretary of State for International Development and the most outspoken minister on FGM, will travel to Bristol to attend a number of educational workshops on FGM. Ms. Featherstone will start by visiting St Werburghs Primary School – the only school in the UK to have a FGM safeguarding policy – and will observe some lessons on gender equality. Ms. Featherstone will then travel to City Academy Bristol where the young activists of Integrate Bristol will showcase their lessons and resources on FGM. The day’s events will culminate in an award ceremony at Bristol’s City Hall and a celebration of the organisations’ work to date. The theme of the day is clear: education is a priority.

Why is educating pupils and training teachers on FGM so important? Perhaps the best way to illustrate the importance of FGM safeguarding is to reflect on the childhood trauma of Daughters of Eve’s Director, Nimco Ali. Nimco was subjected to FGM whilst on holiday in Africa when she was 7 years old. Returning to the UK for the start of the school term in September, Nimco felt the desperate need to tell someone she trusted what had happened to her. After summoning the courage to tell her class teacher, she was callously dismissed with “it’s your culture.” Nimco wasn’t asking to do a show and tell about her holiday; she was reporting a serious crime. It took Nimco 20 years to talk about what happened to her again.

FGM is child abuse and we are failing the young girls in this country by not training the professionals who are entrusted to safeguard them. Teachers need to know how to spot the signs of a child who is at risk and they need to know what to do if a child in Nimco’s position summons up the courage to talk. FGM is a crime and it beggars belief that Martin Howarth, the person responsible for safeguarding children’s rights, is not stepping up and making FGM a safeguarding priority.

As well as a lack of training and education for professionals, there is a significant gap in the education for young people. PSHEE (Personal, Social, Health and Economic Education) remains a non-statutory subject. PSHEE is the only subject on the curriculum where children can learn about FGM and other forms of gender based violence. How are children supposed to understand these complex issues without a trained professional to facilitate their learning?

It’s beyond me that after all we’ve heard recently in the press about abuse, abuse that was hidden because girls are forced into silence, we are still having to campaign for education around these issues. PSHEE is essential – not just so young women can discuss abuse such as FGM, but so the next generation of girls are protected. You can’t stop FGM in a generation if you don’t ‘reach’ the parents of that next generation – it’s just not logical.

To see an end to FGM in a generation, Ms Featherstone, we need education.

Photo of Lynne Featherstone sitting with a group of African school children during a literacy lesson, by James Fulker for DFID, shared under a Creative Commons Licence.