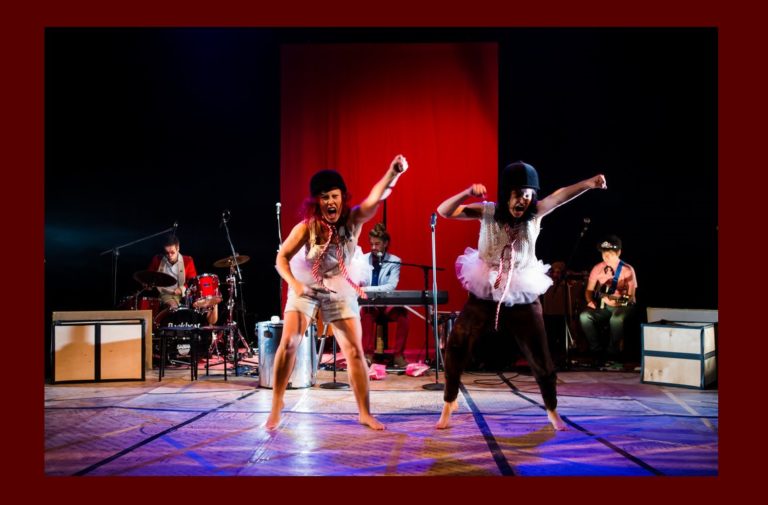 New review: Happily ever after? 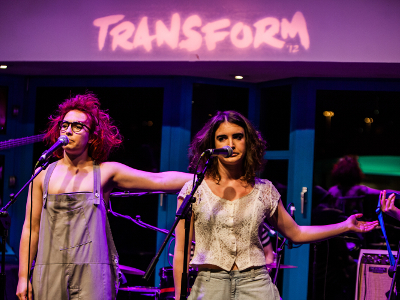 In Charles Perrault’s original version of Cinderella, the stepsisters were described as “proud and haughty” and, similarly, in the Grimms’ story, the focus is on the pair’s character flaws. They are portrayed negatively because they are spiteful, rude and cruel. However, over the years they have been labelled the “Ugly Sisters”, associating their status as baddies with their apparently unsatisfactory physical appearance.

The Ugly Sisters retells the fairytale from the perspective of Pearl and Emerald, reimagined versions of Cinderella’s stepsisters. This production probes into the superficiality of the characters’ label, asking why we expect certain gender roles and why appearance is such a prescribed and important factor.

We are informed that a reality show is looking for young women to take part in a competition that is made up of tasks in which the winner gets to marry a man who has a fortune (or maybe cohabit with: is 2013 after all). Of course, Esmeralda [the Cinderella character] is the favourite, but with our focus on Pearl and Emerald, we are presented with a dramatic comedic transformation of the two of them, from androgynous scruffs to characters exuding the highly sexualised, passive, doll-like appearance of girls and young women so promoted by the mainstream media. They achieve this by using prosthetic props that increase the size of their chests and butts and by changing into tight revealing clothing and high heel shoes. Finally, wigs of flowing, glossy hair complete their transformation into sexually available objects that pander to the male gaze.

The feature photo is by The Other Richard. It shows two performers centre stage with a backing band behind them. They both are sending their left fists violently into the air. The photo in the text is by Richard Davenport. It shows two women on stage standing in front of microphones, with a sign that says “Transform” above them.