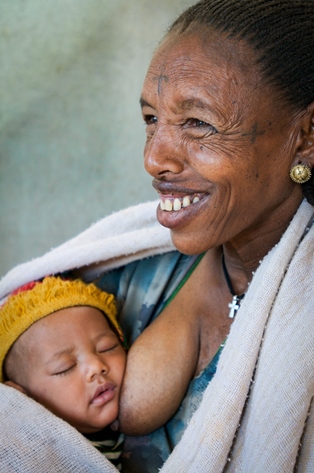 “It is difficult to know where to begin to review Brenda Davis’ Sister and that is no criticism of the quality of the production,” writes our new contributor Holly Millar.

“Quite the contrary”, continues Holly, “Davis has successfully produced a film that is evocative and illuminating but also unobtrusive and thought provoking. As a result, you come away from watching it feeling as though you have lived a whole other life for those 90 minutes. Several lives… dozens, maybe. Sister follows maternal health workers, pregnant women and mothers in Ethiopia, Cambodia and Haiti. You would need to have a soul of stone to not be touched by the experiences that Brenda has captured.”

Brenda Davies is a filmmaker and mother living in New York City, Sister is her first feature film. “The intention of the documentary was to create cinema that empowers the subjects to tell their own stories and empowers the audience to ask why,” says Brenda, who, along with her crew, spent 27 weeks across all three locations.

Some of you may remember Chrissy D‘s review of another discerning documentary on maternal health in various parts of the world, Brian Hill’s Welcome to the World/ Four Born Every Second we published last year. Both Holly And Chrissy sensitively approach the gap between reproductive choices and maternal health provisions of different women.

Photo by Alexandra Swati Guild, of woman and child in Tigray, Ethiopia.