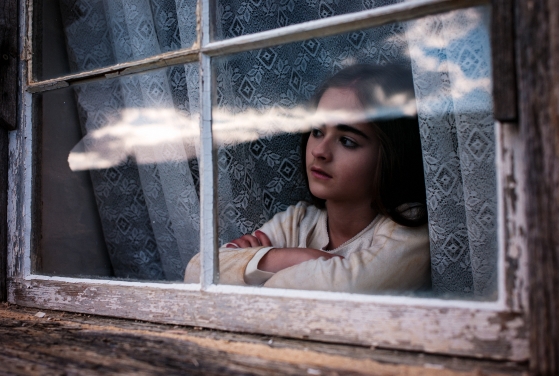 New review: CocoRosie at The Sage

CocoRosie have been touring Europe this year. Joanna Allan follows up on Ania Ostrowska’s review of their fifth album, Tales of a GrassWidow, with a visit to a dramatic and message-driven performance in Gateshead.

CocoRosie, the sister duo made up of Bianca and Sierra Casady, seem to defy all musical labels. (Freak folk? Pop? Eerily ethereal? Witchy? Odd and rowdily changeable? Perhaps the vague but flexible “cross-disciplinary” is best?) They also consistently polarise critics. Over their 10 years in the music business, the duo have received lashings of praise and lauding of their talent but, equally, accusations of pretension, along with concerns about problematic language. Now, the band are back with a tour that launches not only their fifth album, Tales of a GrassWidow, but also, arguably, a feminist fightback.

CocoRosie’s two-hour set at The Sage, Gateshead, on 1 October is the penultimate date in the band’s latest month-long European tour. The show has a sombre opening with the harrowing ‘Child Bride‘ where Bianca, in her characteristically childlike voice, gives an imagined first person testimony of a five-year-old girl preparing for her wedding night. The lyrics tell us of her loneliness and apprehension, finding solace only in nature, which is embodied by a friendly sparrow (a stuffed [taxidermy] version of which sits on stage) that brings the girl news and flutters on a video screen above the singers’ heads. The story behind the song is a true one inspired by a newspaper article read by Bianca concerning the marriage of a five year old Afghani girl to a man 85 years her senior. However, the listener needn’t know this to be moved to tears: classically-trained Sierra’s operatic calls will see to that. Her otherworldly and trembling voice seems to bounce off the walls of the concert hall, encircling the audience and blowing through the raised hairs on our arms, like wind through grass…

A still from the video for ‘Child Bride’ showing the young girl in the story looking out of a window, in front of the net curtains, with her arms folded. Press shot by Cinematographer John Brawley.