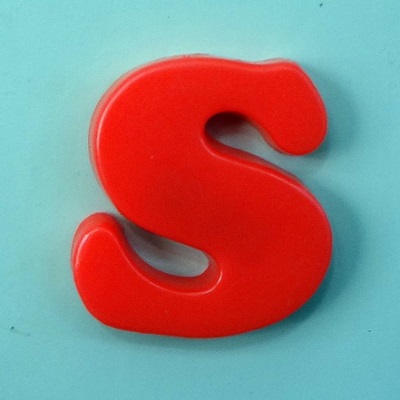 Lorna Neville shares the results of her analysis of gendered and sexist language in The Independent newspaper throughout September.

When Mira was cowering in the toilets in Marilyn French’s The Women’s Room (crossed out “ladies’ room”), it was 1968 and sexism and sexist language were being challenged. Forty-five years later and sexism is still an issue, witness The Everyday Sexism Project, No More Page 3, Pinkstinks, this website and more. This post looks at language – language that reveals and reinforces underlying sexism, almost unnoticed, seemingly banal, but pernicious. The words that still haven’t been scratched off the door.

Sexist language can be so subtle and easily overlooked that it occurs where you wouldn’t expect it. So I decided to analyse The Independent throughout September 2013, a newspaper committed to fairness, equality and intellectual rigour. Sexism is “prohibited“, there are no topless women, no pedalling of anti-feminism, plenty of female journalists and a reasonable attempt to talk about women as human beings. But on close examination, there are examples of language choice that are troublesome.

Journalists should be more careful with casual turns of phrase. Raquel Rolnik, the UN investigator who criticised the bedroom tax, was “fiery”. Winnie Mandela and a steel worker at Ground Zero were “feisty”. Kate Hoey, Sheila Hancock and Margaret Hodge were “redoubtable”. Norway’s Conservative leader, Australia’s Foreign Minister, Maggie Smith and Cate Blanchett were all “formidable”. Valuable traits maybe, but these adjectives are rarely applied to men and are being used as a contrast to a feminine norm, thereby invoking and upholding the stereotype.

Elsewhere, Thatcher was a “leaderene“, which smells more like misogyny than politics, Yvette Cooper was an “ice–pixie” (twice), hunger-striking Russian women’s rights protesters were “girls“, and Emily Young’s height, hair and eyes made it “hard to imagine” her as a sculptor. Really – is a chisel too heavy?

Some newspapers label women as “mother-of-two” or “pretty mum” at every opportunity – it’s shorthand for a set of stereotypes and expectations. The Independent tries to avoid this… but occasionally slips. In a business piece about a multi-billion pound deal, one of the key players was described as “star deal maker and mother-of-six“; an article lamenting the lack of women on the International Olympics Committee discussed Nawal El Moutawakel as “The 50-year-old mother-of-two“. Whether any of the men involved have children is left to the reader’s imagination or insouciance.

Then, an analysis of economic data referred to Labour’s treasury minister as “New mum Rachel Reeves“. Yes, Rachel Reeves has recently returned from maternity leave… so? When a woman’s parental status is highlighted regardless of context, it is underscored by a nuclear notion of family roles – that women are supposed to take responsibility for childcare.

Despite the decades of feminisms that have challenged gendered terminology (think of police officers, firefighters, cabin crew), there are some areas where gender-neutral naming is flawed in The Independent – for instance, “chair” and “spokesperson”.

Unsurprisingly, the majority of people chairing were male (86%), but this is about words. Most of the men were the unreconstructed “chairman”. “Chair” was given to 10% of men. It was used for 76% of the women. (Some women were called “chairwoman” and some “chairman”; Margaret Hodge was all three.) That is, the epicene is nearly eight times more likely to be applied to women than men. Effectively, the non-gendered word is re-gendered.

Similarly, when quoting a spokesperson, only 8% of statements were attributed without gender; the rest were “spokesman” or “spokeswoman”. Is gender relevant? Surely not, but it was made clear for unnamed representatives of South Yorkshire Police, the Departments of Education and Health, the Tate, Cabinet Office, Foreign Office, Serious Fraud Office and Coronation Street*. Nobody says “a blue-eyed source” because it has no bearing on credibility. Ditto gender.

It seems that power and voice are sticky – women are not offered equal and unmarked vocabulary, even on the pages of The Independent. One by one, these examples might seem minor, but collectively they show an addiction to M/F labelling that insists on the significance of difference. Alongside the risk of condescension, this binary provides the framework for hierarchy – the first and second sex.

Language is not trivial – it matters. It doesn’t simply reflect the world, it makes it. The articulation of identity and opportunity. Like Aldous Huxley‘s hypnopaedia, the stream of sexisms whispered every single day shapes the consciousness of society. Persistent and ubiquitous and running through a respected quality newspaper. Resisting sexist language isn’t political correctness, it’s common sense. Otherwise, we’re just ignoring the naff clichés and thinly veiled judgements – the euphemisms on the toilet door.

*Article here: links to a story on Michael Le Vell, including a photo of him.

Image of a red letter “S” fridge magnet against a blue background by Emma Craig, shared under a Creative Commons licence.