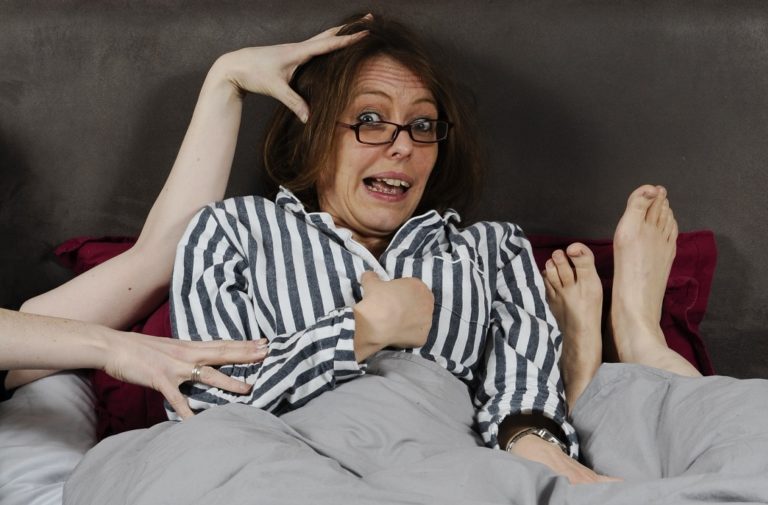 There’s a new comedy section review up for Rosie Wilby’s latest show, Is Monogamy Dead? While writing it, I chatted to Rosie a little bit more about what it’s been like to develop and perform it and she was keen to share more of her research than she could fit into the piece, like some new terms she’s coined:

Break Up Energy – akin to New Relationship Energy, the adrenalin of a break up means that even when heartbroken, we can blossom and have a renewed sexual energy and zest for life

It’s clear Rosie’s been enjoying the opportunity to approach a taboo topic in a playful way. I suspect it allows audiences and research subjects to feel they can open up to her more. I asked her if she’s heard or had any surprising revelations:

I think what was really interesting to me was the number of bi/straight women in relationships with men who came and chatted to me afterwards about arrangements they had with said man that they could see other people – but often it was the woman who wanted to, and the man who didn’t. These dynamics are certainly kept quiet – men don’t want it getting out that we are more sexual. I also think lesbians are more polyamorous than we admit. When we stay ‘friends’ with an ex it is often still a deep, intense relationship albeit a non sexual one. Why is everything defined around sex? My survey showed that emotional connections can feel like ‘cheating’. My point is that if you’re honest, it’s not cheating – even if you have sex. Does that make sense?

You can decide for yourself! Rosie’s next performances around the UK are as follows:

And she promises more tour dates, including a special London one with a post-show panel discussion and a radio show recording to be announced soon.

Picture courtesy of Rosie Wilby is of Rosie Wilby, looking horrified, in bed with two other sets of hands and feet poking out of the covers, indicating that she is not alone.