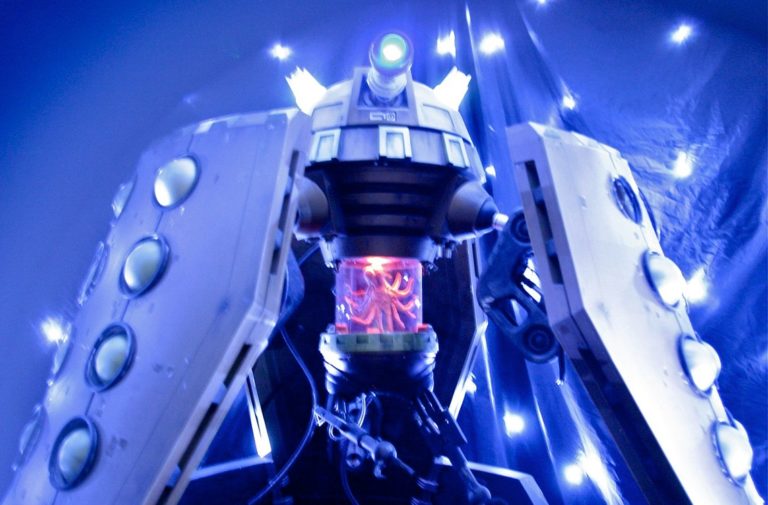 New feature: in anticipation of The Day of the Doctor… As I’m sure the Doctor Who fans among you will be aware, this evening will see the screening of the programme’s 50th anniversary episode. In honour of this, our comedy editor Chella Quint has paid homage to her journey to becoming a Whovian, also giving tips on ways to celebrate today and bringing in a selection of women to share their thoughts about the programme. Here are a few words from Chella:

I know so many feminist Who fans! This article could have taken up the whole blog and I wish I could have included everyone. I hope people will read the post and add some lovely Who thoughts of their own to the comments! Have a happy Who weekend!

…And here’s a taster of her piece (which can be found in our magazine section):

My mom got me into Doctor Who without even realising it, in some kind of intergenerational fashion butterfly effect. She got a long and randomly stripey scarf sometime in the late 1960s or early ’70s and let me have it when I decided stripey scarves were cool. I wore it every winter throughout high school and university, and every now and then someone would say, “Oh, you like Doctor Who?!” Although I watched loads of BBC stuff on PBS while growing up in New York, loved time travel stories in general, knew Douglas Adams had written for it and my dad watched the first couple of series back in the ’60s, I never did get into Doctor Who as a kid. The television schedules seemed to deliberately hide it in a transatlantic programming manoeuvre I like to call “The Reverse Seinfeld“. But I had friends (and friends’ parents) who scoured the TV guide, taped episodes and watched together, so it was always on the periphery.

When I moved to the UK, I took the scarf with me and people really started to assume I was a fan. I began picking up Doctor Who lore by osmosis, just through nodding along politely. When I finally and sheepishly admitted my ignorance to some friends, my housemates took it upon themselves to make sure I knew my Doctor from my Dalek, that I could name all eight incarnations in order and that Tom Baker did not just do the voiceover for Little Britain. My wife lovingly explained every Who-related reference in Queer as Folk and got me all tangled up in her enthusiasm when the Who reboot started in 2005.

Everyone was right. I was hooked immediately. BBC iPlayer and Netflix ensured I could always catch up, and now old and new Who are just a part of everyday life — like they’ve always been around. Who references in general and David Tennant shout-outs often specifically make their way into my comedy and writing projects and serve as a great geek shibboleth when making friends. Because of my Whovian fashion beginnings and general design love, I’ve always taken special notice of the awesome fashions of Who. Bow ties, pinstriped suits, long stripey scarves, waistcoats, cricket whites, chucks, v-neck and leather jackets, 3D glasses, nerd glasses, tweed, trench coats and woollen coats that go on forever… this dude can accessorise across space and time and has been setting geektastic fashion trends across all genders for generations. Lovely storytelling, fantastic opportunities for writers and kid-friendly. Hooray for Who! …Right?

The author of this piece touches a Dalek with her left hand. Her right hand is placed over her mouth in an ironic take on the Rose/Dalek scene from the episode Dalek. By Chella Quint.