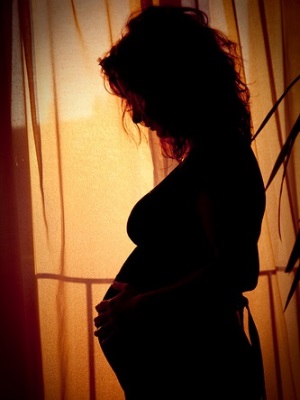 The charity Maternity Action outlines some of the challenges facing pregnant women and new mothers in the workplace, in light of the government’s announcement that it will fund research into pregnancy discrimination

By Maternity Action, a UK charity committed to ending inequality and improving the health and well-being of pregnant women, partners and young children.

Maternity rights organisations are celebrating this week at the news that the government will fund a £1 million research programme into pregnancy discrimination. The last investigation was published in 2006 and since 2008 we have been calling for further research.

Maria Miller MP, Minister for Women and Equalities announced the news on Monday, breaking the Coalition’s silence on the issue. The 2006 investigation by the Equal Opportunities Commission (EOC) found that half of all pregnant women in the workforce experienced discrimination and around 30,000 women a year were forced out of their jobs simply for being pregnant or taking maternity leave.

Since the economic downturn began, pregnant women and new mothers have faced an increasingly difficult time in the workplace and at Maternity Action we have seen a startling increase in calls to our advice line and downloads of our advice sheets. The number of women losing their jobs is likely to have doubled over the recession, but we need this research to investigate the nature and incidence of this discrimination.

Most women who lose their jobs are not fired but are treated so badly that they feel they have no choice but to leave:

“He made my life intolerable… saying I wasn’t doing my job properly any more … In the end, it got so bad, he just kept complaining about my work, and he’d never said anything about it before, and saying I wasn’t pulling my weight in the office.” (Davis et al, 2005)

Pregnancy discrimination has far reaching implications. Those women who lose their jobs miss out on £12m a year in Statutory Maternity Pay and return to hourly earnings 5% lower than before. Stress and poverty during a pregnancy can have severe impacts on the mother and the well-being of the child, being linked to premature births and ongoing health complications with the baby.

“I went to the council offices…and said ‘Oh my god, I’m pregnant and I’ve just been fired’. Reality hit. My rent was £250 a week, which I could very easily afford last week. I was so completely distraught… saying I should have an abortion, I can’t afford this child.” (Davis et al, 2005)

The problem here is not lack of legislation – the principles of non-discrimination were established decades ago – it is non-compliance by businesses. Non-compliance comes from both savvy bosses flouting the rules but also from a shocking lack of knowledge by both women and their employers of maternity rights. When asked, only 8% of HR professionals knew health and safety obligations and only 54% of employees knew their rights.

Certain women are more vulnerable than others. Those at the very top and the very bottom of the income scale are more likely to be affected. A report by the EHRC into the gender equality in the financial services industry found that discrimination was rife.

Women with low income jobs also suffer, returning to hourly wages 14% below their previous salary before maternity leave. An investigation into migrant workers in the meat and poultry processing industry found that for pregnant women, lack of English and poor knowledge of their rights resulted in high levels of discriminatory treatment. Repeated miscarriages were reported due to long periods of standing and exertion.

Women who experience discrimination are six times more likely to not to go back to work at all. This costs businesses around £126 million per year in lost talent and knowledge – and it costs UK plc too, in lost taxes and extra benefit payments.

The coalition government has done little to help, by asking women to pay a whopping £1200 to go to tribunal. Whilst some work has been done on conciliation, it is unlikely to have much effect if employers know that women can’t afford to go to tribunal.

Funding for specialist organisations has also suffered, yet women desperately need this support. At Maternity Action we answer 2200 calls a year from women experiencing difficulties in the workplace. But for every call we answer, there are another 15 we cannot and we do not have the funds to expand this service.

This announcement is an optimistic signal that the Coalition recognise how systemic pregnancy discrimination is.

The investigation will also be a solid evidence base on which the government can build policies that will end this rights violation for good. But the government must do more in the meantime if it is truly committed to protecting pregnant women in the work place.

Photo of a pregnant woman silhouetted against a window by Stefan Pasch, shared under a Creative Commons licence.