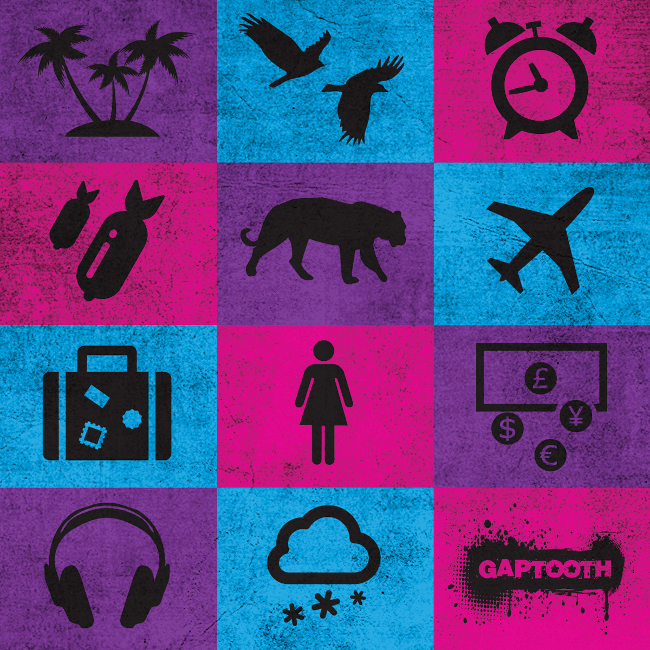 Cazz Blase has a listen to Gaptooth’s debut album and finds a raw and honest but mixed result that nonetheless shows a sense of integrity and politics.

Holly interviewed Hannah Lucy, a politics, philosophy and economics graduate who performs as Gaptooth, in late 2012. At the time, Gaptooth was due to release her debut single, ‘Ladykillers’, a searing feminist anthem. One year on and Gaptooth’s debut album Connections/Departures has arrived.

On a first listen, Connections/Departures is something of a mixed bag. There is much of interest here and some moments of sophisticated and effective songwriting, but there are also some songs that don’t quite come off. Like most debuts, it is imperfect but charming and worth persevering with.

The album opens well with the single ‘Ladykillers’, a statement of intent and a modern feminist anthem powered by choppy guitar and pounding electro beats. “It’s a man’s world/It’s a man’s business,” states Gaptooth, before asking “How does it feel? To be one of the few?” With its reference to women who are “cheerleaders to a revolution”, it quickly becomes clear that ‘Ladykillers’, unlike its namesake by Lush, is as much a critique of modern womanhood as it is a critique of misogyny and modern men. Gaptooth illustrates the barriers to equality and the frustrations of inequality beautifully with her frustrated chorus cry of “I’m tired of settling for less”. This rage and frustration is refreshingly raw and honest in an era of music that appears to be dominated by a kind of arch pop that is polished in every sense, including the emotions. It’s a standout moment…

This is the cover for Connections/Departures and is a large square shape containing 12 smaller squares with simple bold black shadow drawings of various symbols and objects on them. Each square is either purple, light blue or fuchsia.