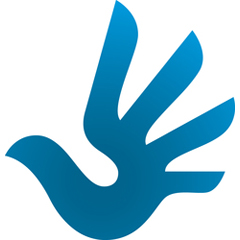 Michael Gove, a lesson for you: Boys are not born misogynistic monsters

On Human Rights Day 2013, guest blogger Angelique Mulholland has written this powerful post about FGM and gender inequality. (CONTENT NOTE for descriptions of FGM and gender based violence)

Today, 10 December, is Human Rights Day 2013. Guest blogger Angelique Mulholland has written this powerful post about FGM and gender inequality. Angelique is a writer for The Pixel Project and a women’s human rights activist. She can be found on Twitter at @LeakyM.

CONTENT NOTE for descriptions of FGM and gender based violence.

“No one wants to marry a girl who’s like an open supermarket.” – Young man from a practising FGM community, The Cruel Cut, Channel 4

“Rape has become normal and inevitable.” – Report “If only someone had listened” by The Office for the Children’s Commissioner

Today is Human Rights Day and Michael Gove, I want you to know that boys are not born misogynistic monsters. Men who rape do not enter the world with a mission to annihilate the rights and bodies of women. Female Genital Mutilation perpetrators are not pre-destined to torture and mutilate little girls.

Watching Channel 4’s “The Cruel Cut” was an experience. An inspirational yet heartbreaking experience. Leyla Hussain, FGM survivor and activist, take us on a journey and educates us about Female Genital Mutilation. FGM is one of the most extreme forms of gender based violence prevalent in many countries today, including the UK. There are four different types of FGM; but the practice mostly involves the outer parts of the vagina being removed, without medical purpose, and without anesthetic.

At one terrible, memorable point in the documentary, we hear the excruciating sobs and screams of a little girl having the most delicate, sensitive part of her body – her clitoris – hacked away from her. Nothing prepares you for the screams of this innocent little girl. We know Leyla, our bubbly presenter, was once that little girl. The injustice of what is done to her body is overwhelming. You not only want to sign Leyla’s petition to end this – you want to jump into the TV and scream at the adults around her. And it’s clear I wasn’t the only person in Britain who was moved by her pain. Leyla’s petition has sky rocketed with signatures and it is just a few thousand shy of the 100,000 needed for FGM to be debated in parliament.

The little girl’s cries of pain are deeply moving; yet for me, they are not the most powerful part of the documentary. Leyla conducts a lesson on FGM with a group of young men from practising communities – and their reaction – tells us everything we need to know on ending gender based violence and securing the rights of women and girls. The most powerful part of the documentary demonstrates the power of education.

Before the lesson, the young men are interviewed on their perception of FGM. In their communities, FGM is a ritual which is supposed to ensure the purity, virginity and cleanliness of a girl. It proves she is not promiscuous. (Indeed, sex is likely to become too painful for the young victim and it’s highly probable she will not enjoy sex with one person, let alone many). The boys start off confident, cocky and perpetuate the same old, tired sexist attitudes that exist in all patriarchal societies. “I don’t want to marry a girl who has been around the block.” Virginity and ‘purity’ surmises a girl’s worth. Their words are cutting and derogatory. “No one wants to marry a girl who’s like an open supermarket”. Their future wives are not to be judged on their intellect, work ethic, personality or humanity. No – it’s whether she has or hasn’t had sex. Like with the staggering unfairness in all patriarchal societies, it is clear that men and women are not judged by the same standards.

Cue Leyla, a pair of garden shears and 3 giant plasticine vaginas. She tells the boys that they are going to learn exactly what happens when a young girl, a potential future wife, is made ‘clean’ and ‘pure’. How is a girl moulded into good old fashioned wife material? Leyla starts to stab, cut and hack away at the vaginas as she explains the different types of FGM. The boys wince and look away. Leyla wills them to watch the re-enactment of what happens every time a little girl from their community is so cruelly violated to prove her worth. Two of them walk out distressed. One of them feels “dizzy.” The ones who remain are shocked and upset. Leyla asks, “Will you join my campaign to end FGM?” “Yes, yes, yes” they stammer. One of the boys then asks, “Why aren’t our elders doing something about this?”

Leyla’s lesson shows the transformative power of education. The young men had no idea what FGM really entailed. They placed the value of a girl from their community with whether her hymen (the highly prized yet useless piece of skin) was still intact. After this lesson, the young girls in their communities, their future wives, become human beings; not vessels of chastity and honour. “What are we doing to our babies? What are we doing?” exclaims one of the boys.

Why aren’t our elders doing something about this?

FGM is not the only form of gender based violence that is being ignored by those who have the power to create systemic change.

All patriarchal societies have a role to play in developing the misogynistic monsters that annihilate the rights of women and girls. Gender based violence feeds on a society where women and girls are less. It thrives in a world where a girl’s worth is determined by how many men she has slept with. It positively flourishes in a society where the most well-read newspaper publishes pictures of a woman’s tits, rather than her opinion on subjects that matter. It succeeds in a country where girls are trafficked to fill a demand for “commercial sex” and the men who pay to rape the young victims are not prosecuted.

It’s Human Rights Day and Michael Gove, I want you to know that boys who grow up to rape and commit gender based violence are not born misogynistic monsters. Until we start educating our children on gender equality, healthy sexual relationships and basic human rights – gender based violence will continue to thrive.

Agree? Tweet this article to @commonsED (hashtags are #AskGove and #care). The @commonsED committee will be taking questions between now and Thursday at 5pm; details can be found at the UK Parliament website.

Image attribution and description: The public domain image at the head of this post is called menschenrechte, which means ‘human rights’ in English. It shows a blue pictogram which may be seen as representing either the hand of friendship or the dove of peace and was found at the website of the German Embassy in Lusaka.