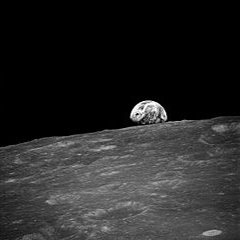 Image attribution: The public domain image at the head of this post is the first photograph taken by humans of Earthrise during Apollo 8. It was found at Wikimedia Commons.