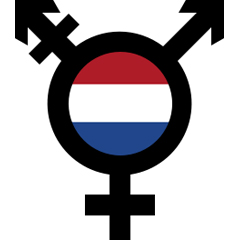 Esther Vonk is a Dutch feminist activist and Senior Programme Officer for ‘Body’ issues at Mama Cash, an international women’s rights fund based in Amsterdam.

After years of advocacy by Transgender Network Netherlands, COC Netherlands and many others, the Dutch senate on Wednesday passed a new gender recognition law. The new law will take effect in July 2014.

The current law – one of the first national laws in the world enabling change of the gender marker in official documents – has been extremely controversial for years and was criticized by the trans rights movement and its allies as well as international human rights bodies as violating the right to bodily integrity, the right to privacy and the right to found a family. In the current law, sterilization as well as a medical gender reassignment trajectory were requirements for changing the gender marker in one’s official documents. These requirements have been removed in the new law, which will have enormous impact on the rights and lives of trans people wishing their ‘official’ gender to conform with their identity and expression.

Activists – with reference to the gender identity law adopted in Argentina in 2011 – emphasize that the new law is a huge improvement, but is not good enough. The main critique concerns the crucial issue of self-determination: in the new law: an ‘expert’ statement that the person wanting to change their ID does so with ‘informed consent’ is still a requirement.

It’s hard to think of other situations where an adult person’s capacity to make decisions over their own body and life is questioned as a rule, without any reasonable doubt raised by an individual. In Dutch law one of the few other instances is when a woman wishes to have an abortion. While abortion is legal without any restrictions up to 24 weeks into a pregnancy, every woman who wants an abortion and goes to see a doctor, is required to take five days time to ‘reflect’ on her decision. If she then still wants an abortion, a doctor can perform the abortion if they are convinced the decision was ‘informed and voluntary’.

As feminists critiqued the ‘five days reflection time’ for women who request an abortion as patronizing, the need for an ‘expert’ opinion about those who request to change their ID is similarly paternalistic. People – including women and trans people – are very well capable to make decisions over their own bodies and lives.

Composite image of transgender symbol and the flag of the Netherlands made by Helen from images found at Wikipedia (here and here). Both original images are public domain and so is this one. If reusing elsewhere, please ensure correct attribution.