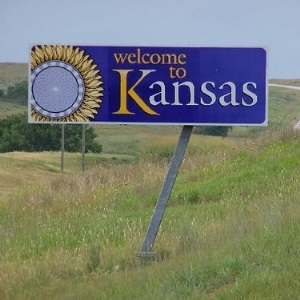 Feminism and young women: from London to Kansas

Katharine S. compares attitudes to feminism at her new high school in Kansas with those of her former classmates in London.

Finding out my family was moving us halfway across the world, from London all the way to Kansas, was daunting to say the least. Doing my last two years of high school surrounded by Midwestern teenagers? I couldn’t think of anything more terrifying. What if my classmates made fun of me? What if my lessons were too difficult? What if, as my friends put it, they tried to “Stepford wife” me? It’d only been a couple of years since I’d developed an interest in feminism, and I feared Kansas would be a deadly antidote to my newfound interest.

Well, the good news is, I’ve been here four months and I still have ‘My Pussy My Choice’ stuck on my wall. I haven’t let my interest in feminism dwindle, but have become increasingly aware of my classmates’ reactions whenever the f-word leaves my lips. They laugh and ruffle my hair. “Oh Katharine,” they say, “You’re so cute.”

I think the time it hit me hardest was when I was in a class discussion about internet shaming and I tried to make the point that slut-shaming is a cause of rape. The guy next to me looked at me like I had lost the plot. I attempted to explain the way the word “slut” creates rape culture and victim-blaming, allowing a society in which men believe that rape is okay. But no one was listening. The guy laughed scornfully, said “you’re ridiculous” and changed the subject. I realised that apparently most high school students don’t grasp that feminism extends beyond claiming the right to vote. Maybe that’s why they think I’m so over-dramatic. It’s because, in their minds, feminism is no longer needed. Women already have equality: “You can go to university and wear trainers – what more do you want?”

I find that even when one of my peers seems to be engaged and educated in women’s rights, she’ll still shy away from actually calling herself a feminist outright. We’ll discuss everything from women in the army to female representation on Saturday Night Live but as soon as I identify myself as a feminist, she’ll say, “Oh I don’t know about that, I’m not radical or anything, I don’t hate men.”

And so then I wondered to myself, what is it that makes girls here cringe away from the word “feminist,” while many girls in London label themselves with pride? The first idea that comes to mind is, of course, the way feminists are ridiculously caricatured in the media, burning bras and attacking beauty pageants. But it has to be more than that; could it be the fact that perhaps the girls here just were not exposed to the things girls back in London were exposed to from such a young age?

The young driving age in Kansas means I’ve barely walked the streets at night at all, and when I have I’ve never once felt threatened. Perhaps girls here have never had to jog the long way home to avoid that group of builders and their catcalls, or walk on a winter evening with their hands clenched around their keys in their pocket.

Since I’ve been here I’ve only had one girl openly and freely identify herself as a feminist – and interestingly enough, this girl didn’t grow up in sheltered suburbia, but lived in a capital city abroad until she was fourteen – well enough time to experience just how scary being a woman in today’s society can be.

I think that’s the reason. I, like so many other young women in London, clung to feminism as a shield, because being a part of something so huge and powerful made me feel less vulnerable in my everyday life. The girls in this town aren’t ignorant or backwards. They’re smart, confident young women; I just think that most of them have never been driven to realise just how unfairly the odds are stacked against them.