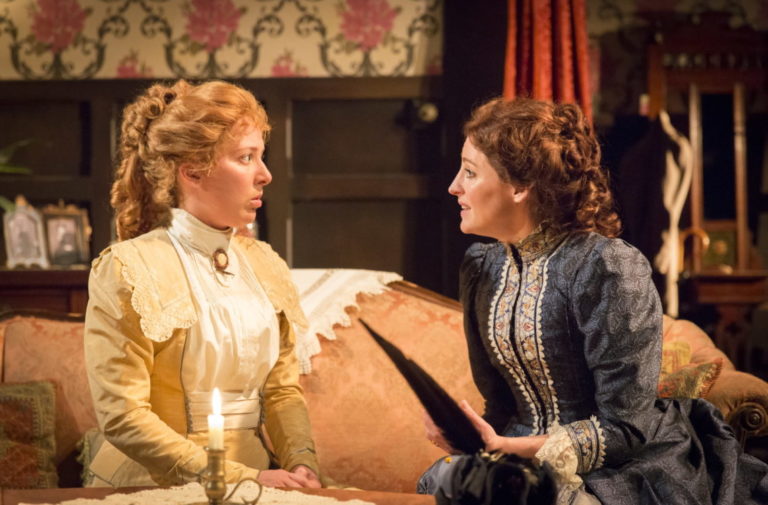 A woman living in 2013 who is partial to a bit of vibe-assisted fun is in luck. Whether you cannot be parted from your rabbit, keep a bullet in your backpack or need the mains-powered might of a wand, there is certainly variety on offer. There are vibrators shaped like rubber ducks, bike seats that buzz and even a £10,000 toy made of gold.

In The Next Room is a play that dramatises the enduring historical myth that vibrators came about as a cure for hysteria for Victorian women. After centuries of sexual repression, women suddenly had an outlet in the form of medically-sanctioned orgasms.

Shoshana Devora, who reviews the play for The F-Word, writes:

Ruhl [the writer] doesn’t seem overly concerned with preaching a moral message, leaving it to the audience to take what they will from the play. It would be great to see more of what Ruhl makes of the myriad contradictions and complexities of expectations around female sexuality today; her play feels tame when compared to the all-encompassing sexuality of modern society, though in both the 19th century and today, it can be the emotional connection that is missing most of all, as Ruhl nicely demonstrates.

The photo, taken by Johan Persson, is of two women in period dress facing each other in conversation, sitting on a sofa.