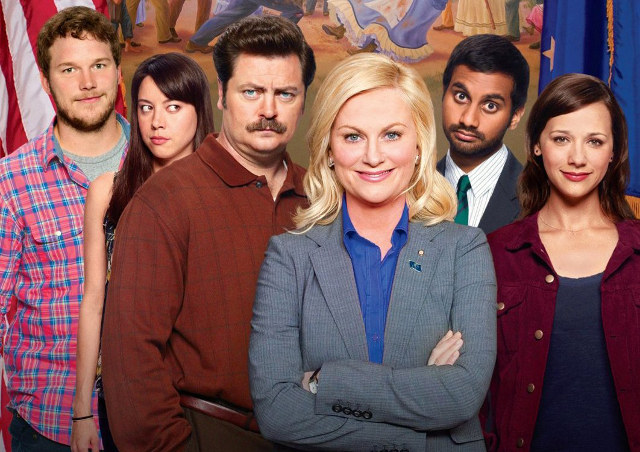 While certainly not perfect in its treatment of minority groups, US sitcom Parks and Recreation also gets a lot right, argues Iona Sharma.

In a second season episode of Parks and Recreation, its protagonist, Leslie Knope (Amy Pohler), has to make a speech before a group of small business owners from Pawnee, Indiana, a town approximately the size of Guildford.

“Every one of you”, she begins, smoothly, “has already made history by coming here today”.

And although Leslie keeps pictures of Hillary Clinton and Madeleine Allbright on the walls of her office as inspiration, State of the Union this is not. Parks and Recreation is a half-hour NBC sitcom (previously shown on BBC4 in the UK and available on DVD), from the same creators as the US version of The Office, and if you’ve seen either version of The Office, you know something about Parks and Rec.

It began life as a show fundamentally about bureaucracy: the conflict between Leslie Knope, who dreams of making history, and the mundane reality of small-town life, seen through the lens of a municipal parks department. In that sense, its closest British analogue is probably something like The Vicar of Dibley, another quasi-workplace sitcom about colourful characters in a small place, and Parks and Rec takes gleeful enjoyment in doing slightly off-the-wall plots about park safety initiatives, cable access telethons and racoon infestations. Leslie deals with everything life throws at her with competence, if not always equanimity, but of course this isn’t The West Wing; the things life throws at Leslie Knope are small-town things. There’s a point, early on, where it really seems that this is going to be the premise of the show: Leslie, the local government bureaucrat with delusions of making a difference in the world, gets firmly put in her place. You’re expected to laugh…

This is taken from the cover for the DVD for season two of Parks and Recreation and shows (left to right): Andy Dwyer looking at the camera with a casual smile (red plaid shirt, grey T-shirt), April Ludgate looking suspiciously towards the characters on her left (viewer’s right, outfit indistinguishable in picture), Ron Swanson with a gruff expression (brown shirt and black trousers), Leslie Knope smiling warmly, with her arms folded (nearer to the camera and in front of the other characters, grey suit and blue shirt), Tom Haverford looking knowing, with his eyes wide and his head to one side (white shirt, dark green tie, black/grey suit) and a smiling Ann Perkins (open burgandy shirt/jacket and navy T-shirt).