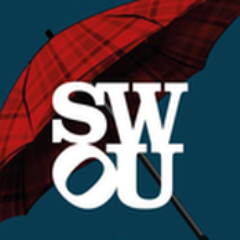 SWOU statement on the Soho raids

A press release from the Sex Worker Open University in response to Wednesday night’s police raids of sex work premises.

On the 4th December police raided 25 premises in Soho and evicted, detained and harassed sex workers. They kicked down doors, closed working flats, took money and personal items, and manhandled women in the street in front of the photographers and news crews they invited to witness this violence and intimidation. The media presence included Sky news, BBC and the Evening Standard. It would seem that “victims” of sex work need to be publicly humiliated and shamed in the media in order to be properly saved from their work.

The raids were supposedly undertaken in order to locate “stolen goods” and to tackle “prostitution” (despite the fact that selling sex is not actually a crime) and to ‘tackle’ human trafficking. A number of migrant sex workers, many of whom have lived in the UK for years, have – devastatingly – been conveyed to the UKBA detention centre at Heathrow; this, despite having reassured police that they had not been trafficked into the country, and were working voluntarily. Other women were instructed to appear in court the next morning. The charges against them are not yet known.

The closure of working flats will mean that women have lost their peer support network, and their regular clients who they know to be safe. They will also now be working in locations unknown to outreach and health services, and will be less likely to access services – or report crimes against them – for fear of being forcibly detained or arrested as either a “victim” or a criminal. They will have to continue to work, but may now have to work alone or outdoors, exposing them to greater risk. Amy, a sex worker within SWOU noted, “if we’re talking about ‘greater risk’, people should know, and should see from these events, that those who are supposed to ‘protect’ us often pose the greatest risk to us. This is the case both directly and indirectly – directly, when the cops kick down our doors, drag us onto the street, and facilitate our humiliation; indirectly, when they signal to those who might wish to target us, that we don’t deserve the protection of the law, that we can’t report. The cops make us targets twice over”. The lasting effect of the raids will be increased risk, fear, violence and instability for these women, and many others like them.

“Elisa”, a migrant sex worker, said, “This is all so frightening. This backlash is spreading across Europe. It is more and more clear to me – seeing the German debates now too – that it all is an attempt to silence and marginalise mostly migrant workers, specifically women, because if sex work was decriminalised and our work made safer, migrant women would achieve a place in society that they are not desired to have. Migrant women in the sex industry have to be victimised, silent, invisible (though sensationalised and exposed at the same time when it needs to be for propaganda, and to add that spice), and better stay at home.”

Cari Mitchell from the English Collective of Prostitutes, said: “It is outrageous that the police are raiding premises where women are working together safely and collectively with friends. The police must know that some women will end up working on the street as a result, where it is much more dangerous. Most of the women thrown out of premises are mothers and grandmothers who have now lost their livelihood.”

“Nic”, a sex worker in Soho, said, “I feel so frightened. This is on my doorstep. Will I be next? That the police brought the press with them demonstrates so much why we need the only legal framework that reduces, rather than increases, police power over us. Who can look at these events and think the police are using their power respectfully, appropriately, non-abusively? This is violence against women, that the mainstream women’s movement turns it’s head from. We need full decriminalisation, including of our clients and our workplaces, because that is THE ONLY legal context in which we are not at the mercy of these abusive and traumatic policing tactics; where we are not at risk of being dragged out onto the street. Sex work is work – we’re already in mainstream trade unions. This is so frightening – we need solidarity”.