My fathers, my mother and me: thought-provoking documentary

This coming Thursday DocHouse is hosting London screening of My Fathers, My Mother and Me by Paul-Julien Robert, the winner of Best Documentary award at last year’s BFI London Film Festival. 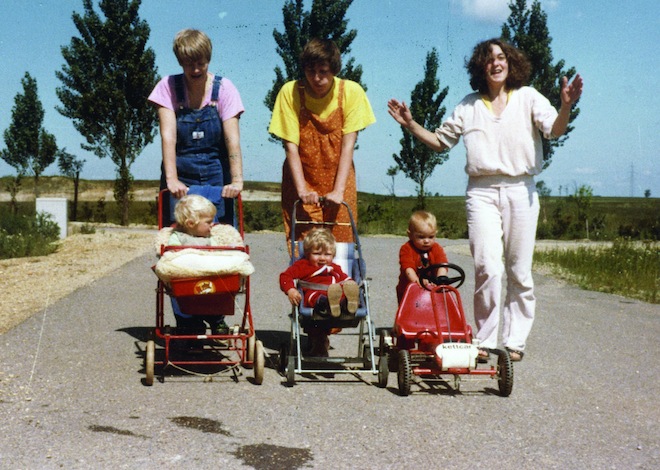 Numerous feminist theorists have rebelled against the idea of nuclear family, cataloguing the ways in which such units bring harm to everyone involved, especially women and children. A commune, based on common property ownership, free love and liberation from family ties, would seem an antidote for elementary family’s ills. Alas, utopian projects often end up being more damaging than imperfect arrangements they are trying to cure.

In 1972, Otto Mühl, known for co-founding radical art movement in the 1960s, founded a controversial commune in Friedrichshof, Austria. In order to break with the nuclear family model entirely, the children of the commune were never to know the identity of their biological fathers and were cared for communally. By the commune’s logic, the freedom from paternal authority would lead to greater creativity and personal development. Along the way, the participants lost sight of how in fact they entirely surrendered to Mühl’s authority.

Director Paul-Julien Robert was one of the children born and brought up in the commune, having spent first 12 years of his life in Frierdichshof. In his masterfully constructed documentary, Robert intersperses penetrating interviews with his mother, other former members and fellow children born into this social experiment with original video footage from the commune’s extensive archive. A testament to Mühl’s artistic inclinations, the recordings are filled with adults and children alike performing to his tune.

Asking more general questions about parental responsibility, authority and abuses of power, the film remains a powerful intimate journey of son trying to find his biological father and understand his mother’s motives.

My Fathers, My Mother and Me will be screened at The Lexi Cinema in London on Thursday 16th January at 8:50pm, followed by a Q&A. You can buy tickets on The Lexi Cinema website.

Photo is a still from the film, of three adults in gender-neutral clothes pushing two prams with little children, with third child pushing a big toy car. Courtesy of DocHouse