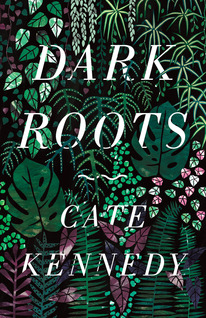 “Paint it large!” I remember my high school art teacher encouraging my all-female class, while we toiled away on tiny pictures. “Women’s art is often so small. Don’t they feel confident to take up space? Make it big. Make your mark!”

While I agreed entirely with the sentiment, the truth was I kept my pictures little because I thought it made my problems with perspective, proportion and general lack of artistic skill less obvious.

Anyway, I like it small: pictures, poems and, above all, stories. The size of the works doesn’t make them any less accomplished or moving. Life is short – sometimes we need things we can digest quickly, that we can listen to while walking the dog, that fit in a pocket, or keep us company for a few stops on commute. I wasn’t fooling anyone with my small pictures of misshapen fruit in school, and short stories can’t recover from waffling words. Here are some fantastic short stories that slipped into my heart last year, although many were published some time ago. All demonstrate the pre-eminence of female writers using the form and will resonate with me into the future.

Dark Roots by Cate Kennedy (2006) collects 11 of her prize-winning short stories which thrill, chill and sometimes hit you right in the guts with sorrow. The stories range from a woman’s insecurities in her burgeoning relationship with a younger man, to a wife getting revenge on her macho husband through hormone-laced sausages, to the quiet tragedy of watching a loved one slip away. The small details, the black sesame seeds, the correct name of things: Kennedy’s assured writing has a precision which delivers a fully formed character in just a few pages.

The New Yorker Fiction podcasts are an amazing, free resource sharing outstanding short fiction from the New Yorker Archives being read and discussed by a contemporary writer. The podcasts gave me the gift of ‘Dog Heaven’ by Stephanie Vaughn. “Every so often that dead dog dreams me up again,” it commences, drawing us in immediately to an episode in the itinerant life of US Army officer’s daughter. At Fort Niagara, Gemma is in seventh grade and trying to fit in with the civilian kids at her high school. The family dog, Duke, and Gemma’s friend Sparky Smith help get her through this alienating time searching for acceptance. Vaughn hits just the right balance of humour and sadness in a powerful tale which ends as memorably as it begins. Another of Vaughn’s brilliant stories, ‘Able, Baker, Charlie, Dog’, is likewise available as a New Yorker podcast and both appear in Sweet Talk (1990), which was deservedly reissued in 2012.

‘Adults Alone’ by A. M. Homes, broadcast on PRI’s Selected Shorts programme, is also available as a free podcast. In the story, a married couple pack off their kids for a holiday in Florida with grandma “like they’re dry-cleaning” and proceed to let loose doing daring things such as – eating cheese and crackers in bed! But Homes pushes her characters much further than this in their doomed attempt to escape suburbia, and you can’t help but cheer them on.

The BBC National Short Story Award shortlist entirely comprised female authors this year. The winning story, ‘Mrs Fox’ by Sarah Hall, is told from the perspective of a devoted husband whose wife morphs into the wild creature of the title. There’s no Wes Anderson-Roald Dahl cutesiness here, let alone a moral from Aesop: it is a charged, modern tale that bristles with life. The writing is urgent, pungent and unsettlingly seductive.

Finally, a short novel: Heartburn (1982) by Nora Ephron was inspired by the break-up of her marriage with Carl Bernstein. A story about a husband cheating on his seven-months’ pregnant wife doesn’t sound like it will make an enjoyable and affirming read, but in Ephron’s hands the heartbreak is delivered wrapped in comedy with a side of devastating insight. The protagonist Rachel Samstat is the heroine, not the victim, of the tale she unfolds in a chatty, stream-of-consciousness style that seems just as fresh 30 years later:

Somewhat ironically, my copy of Heartburn is garnished by an endorsement from Nigella Lawson. Given the year she’s had, I can only hope that the Domestic Goddess returned to it, or gets her hands on a copy of The Most of Nora Ephron (2013), collecting Ephron’s best fiction and non-fiction and published this November.