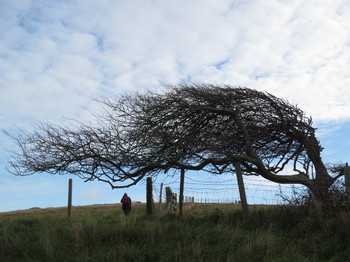 It’s the weekly round-up and open thread! As usual, we’ll post articles that we find interesting during the week. Please be careful if you’re prone to triggers. Linking here does not mean endorsement.
Further Chella Quint, a collective member and the editor of the F-word’s Comedy section has had a special role to play with the recent zines released on the Sexual Education Forum. Recently, they’ve released a press release detailing a new study about consent. Here are the links related to Sexual Education Forum’s work.
Photo is a tree with the branches leaning to the left. The photo was taken at Seven Sisters national park and was taken by Josephine Tsui. Please do not reproduce without permission.