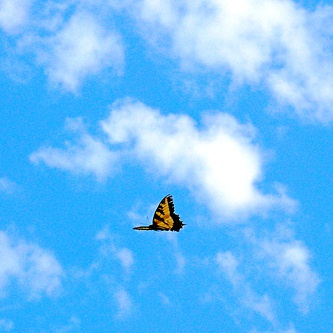 International Day of Zero Tolerance to Female Genital Mutilation: a reflection and celebration

This is the first post by our February guest blogger, Rani. Rani is a twenty-something feminist of colour, born and raised in London. Geek by nature and feminist for as long as she can remember, Rani spends most of her time reading feminist blogs, drinking tea and procrastinating.

The past year has seen an explosion in media coverage over the issue of female genital mutilation (also known as Female Genital Cutting or FGC) and tangible steps towards the first prosecution in the UK and towards the end of the practice around the world. So on this day of zero tolerance against this crime, let’s take a look at some of the successes seen in 2013 and consider how we build on this in 2014.

At home, NSPCC launched a national free FGM helpline for advice and support to protect children from FGM. The launch of this helpline received national media coverage and as of September the helpline referred 34 cases to the Metropolitan Police, compared to just seven cases referred in 2011. Calls to this helpline have paved the way for what could be the first prosecution of FGM in the UK, despite it being a criminal offence since 1985. With Britain being the “European capital of FGM” news of us being on the cusp of a prosecution is both welcome and frustratingly late. However, the fact that the biggest national children’s charity in the UK finally has a specialised service to help the estimated 6500 girls in this country who undergo FGM every year means that the topic of FGM will be seen as an issue of child abuse, rather than a strange cultural practice than happens halfway round the world. It must also be said that the NSPCC’s helpline would not have been possible without Equality Now and Daughters of Eve, who trained NSPCC child protection experts before the launch of the helpline.

The subject of FGM has also reached our living rooms thanks to the harrowing documentary The Cruel Cut, aired on Channel 4 and presented by the brilliant and inspiring Leyla Hussain, FGM survivor and co-founder of anti-FGM charity Daughters of Eve, along with the equally awesome Nimko Ali. Leyla and Nimko have shown great bravery in publically campaigning against FGM and have even faced death threats. Such strength and resolve is nothing less than inspirational and it is wonderful to see their efforts recognised by mainstream media, especially considering the dominance of white, cis, non-disabled, middle class women in feminism.

One of the most illuminating moments in Leyla Hussain’s documentary was when boys – initially unquestioning of FGM’s necessity to control female sexuality – were faced with the realities of what these girls go through and were left shaken up and vehemently anti-FGM. Such scenes clearly illustrate the lack of knowledge about FGM within practising communities and that an open conversation about FGM and its repercussions are crucial to ending the practice.

One organisation that works to facilitate this conversation is Tostan. They believe in a theory of change based on community empowerment and rights-based education that can be a catalyst for change on a community, regional and national level. Tostan’s human rights-based programme brings the whole community together to learn about their right to health and to life without violence, as well as the community’s responsibility towards others. This approach has led to 6788 communities choosing to publically abandon FGM over their 20 years. Supported by their UK partner Orchid Project, Tostan has turned ripples into waves and today, to mark this International Day of Zero Tolerance to FGM, 38 communities in Mali are publically declaring their abandonment of FGM, giving the girls of those communities, and their daughters, a chance of a better future. This model of change, based on respect, communication and education, shows that ending FGM can be achieved with the right approach.

With the latest reports suggesting that a fifth of girls in Sub-Saharan Africa undergo FGM it may seem strange to celebrate. However, the struggles ahead do nothing to detract from the successes won over the past year and the Herculean efforts of the women working to end FGM, often in the face of serious dangers. Furthermore, it is only by looking back that we can learn and consider how to move forward. It is clear from Leyla Hussain’s documentary and from Tostan’s community-based approach that an honest dialogue within practising communities about FGM and the wider issues of female empowerment and freedom from control is required, as FGM can often be just the beginning of gender-based violence.

There is also a clear lack of strong political will behind the rhetoric to tackle FGM head on, as evident from the lack of funding to end FGM in the UK, compared with other European countries. I rejoiced when the Department for International Development pledged £35 million to end FGM around the world but we have to also protect children at risk living in the UK. This requires a willingness to talk about FGM in schools and train teachers and other professionals with a duty of care to spot the warning signs, along with the investment to back it up. It is only when we consider ending FGM a collective responsibility, not blinded by ignorance or some misinformed idea of political correctness, that we can make FGM history.

Photo of an orange and black butterfly against a bright blue sky by Rhett Maxwell, shared under a Creative Commons licence.