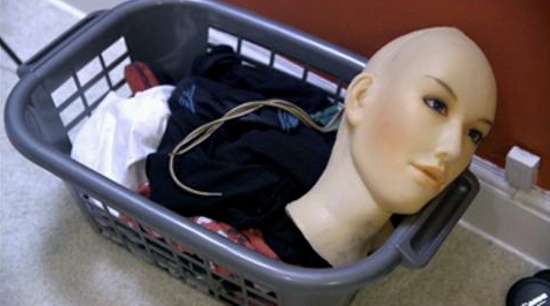 “It’s like a beautiful woman walking down the street,” explains one of the men featured on Channel 4’s Secrets of the Living Dolls, a recent documentary publicised as “A remarkable behind-the-scenes look at the secretive world of female masking, where men transform themselves into dolls by squeezing into elaborate rubber second skins.”

As I watch men squash and wedge their bodies into silicone bodysuits called FemSkin, cover themselves in caricatured female masks and remark on their appearance as “beautiful women”, I feel offended and a little bit angry.

Firstly, this documentary overtly sidesteps any sociological questions about how society views women. Secondly, the involvement of sex is all but avoided (excluding just one statement from the FemSkin supplier, regarding the silicone bodysuits, that “I don’t know what you guys shove up those vaginas, but they can’t take it, I’m telling ya”). Thirdly, the documentary makes little effort to help the viewer empathise with the subculture, but rather seems to take the more salacious approach of peering into the unknown.

The biggest problem, in my view, is that the programme does not challenge stereotypical ideas about what it means to be a woman. For example, Jon, one of the featured maskers explains:

When I was younger… I didn’t think I had the means… the charm, charisma, body, whatever, the looks… to have a sexy girlfriend. And I loved women. I used to collect pictures of swimsuit models… So I decided to emulate a sexy female. To basically make what I couldn’t have.

Robert, a seventy-year-old masker, has trouble dating women because of his living doll alter ego, Sherry:

You see, you have to realise I am 70 years old and I tried dating. And when I’m dating, the women I meet are generally 55 to well up into their 60s. Some of them are in good shape for 55 to 65 but they don’t look anything like this [Sherry]. And it’s very difficult to date when you have this to come home to…

Hairless doll mask in a wash basket. This is a screenshot from the sequence about Joel on the programme. It is included under fair dealing and owned by Channel 4.