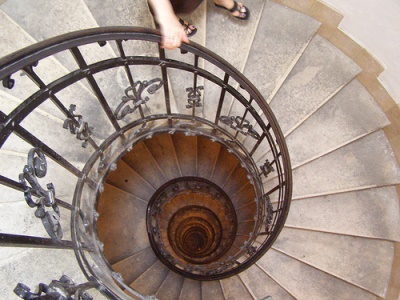 By Catherine Bennett. Catherine is a writer and feminist living in Paris, France. She spends her time laboriously attempting to convert her new compatriots to an outspoken brand of feminism. She writes for FemaleArts, and has a particular interest in women in the culture sector.

“Mmmm, j’adore les femmes sportives!” The heckle (“I love sporty women!,” which is fairly pathetic in itself) is coming from somewhere to my right. I live in Paris, where this is pretty much an everyday occurrence, and even more so if you run. I look over, and a man old enough to be my dad is grinning at me suggestively as he waits to cross the road. In a parallel universe, one where I don’t actually need to run, and witty comebacks trip off my tongue faster than you can say, ‘Er, gosh, I do wish you wouldn’t’, I shoot back, “Well, they certainly don’t adore you”.

This is the version of the story I tell my friends.

In real life, I look at him, feeling a bit sweaty and flabby, and wonder how I still manage to get comments even when sporting an attractive shade of plum and perspiring like I’ve just come out of a sauna. Finally my features arrange themselves into something like a glare and I run past, feeling annoyed, embarrassed, and predominantly frustrated at myself for my inability to say something snappy in return.

There is an expression in French which rather neatly sums up this feeling of finding the perfect retort too late: avoir l’esprit de l’escalier, or “staircase wit”, is to think of the perfect riposte when you are walking away from the situation, or are already down the stairs.

If words fail me when receiving sexist remarks on the street, then not only am I besieged with that typical nagging feeling that accompanies l’esprit de l’escalier, but it also feels like the person who addressed me has triumphed in some way.

Awareness raising campaigns such as the Everyday Sexism project have hailed attempts at talking back to men who make sexist comments. A good comeback can sometimes be the most powerful antidote. I’m still no wittier, no quicker or smarter, but I have decided to start talking back.

The pink-shirted man on his way to work early in the morning who told me that he would like to take me to bed (who even feels awake enough to be perverted on the morning commute?) was first angry, then baffled, then indignant as I very sweetly asked him, “What was that? Say that again please? You’d like to do what?” When he didn’t reply, my questioning got louder. Other people started to look. He made some half-hearted gesture indicating that I was being hysterical – but people were looking at him, not at me. And when I ran off, for once I was filled not with ‘staircase wit’, but instead something a bit more like achievement.

Some comments are worse than others, but they all get the same reaction. Why put on this act? Of course, the shock that registers on their face when I turn to challenge them is very satisfying. But there’s also something incredible about their sheer indignation upon realising that the boobs talk back – as though it hadn’t occurred to them that the women they assault are capable of verbal communication. I’m very conscious of positioning myself as a feminist martyr, exposing myself to further confrontation and backlash ‘for the good of women everywhere’. After all, exactly what good does it do? Some men look sheepish; others swear at you. I rationalise it by thinking that hopefully they’ll remember the scene, and maybe, just maybe, it will make them rethink doing the same in future. It might be pointless – after all, I can hardly eradicate sexism in Paris, one bemused Frenchman at a time.

Unfortunately, a snappy comeback isn’t always possible, for obvious reasons of feeling safe. Men can become aggressive, physically as well as verbally abusive, and there have been situations where I haven’t felt comfortable mustering up a retort.

But the sad truth is that for all of this bravado and feminist-sword-brandishing, words are the sole weapon of women on the receiving end of sexism. A physical response is rarely an option, if ever. And if words are our only defence, then we shouldn’t be afraid to use them. Everywhere, women should feel able to start talking back, right then and there – and not when we’re on the stairs.

Photo of stone spiral staircase showing the feet and hands of someone walking down by p-damp, shared under a Creative Commons licence.