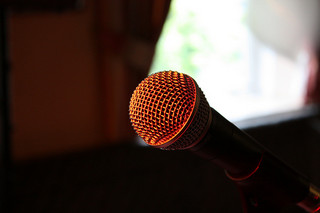 Weekly round-up and open thread is here. Below you’ll find links to content we came across but didn’t have a chance to blog about. We don’t agree with everything we link to, and some of it might be triggering so do take care. As always, feel free to add more links to interesting content you have been reading or start a conversation about anything feminist-y on your mind, via the comments.

Not the marrying kind: ‘A Modern Girl’s Guide to Sex and Love’ (Independent)

How Cissexist Partiarchy Works (Alien She)

Meet the Woman Who Straight-Up Rocks a Beard (jezebel)

Homeless mothers to protest at City Hall (Inside Housing)

It’s the cumulative impact of benefit cuts that is shocking (Guardian, CiF)

Don’t get mad, get even: Paris Lees responds to Julie Burchill’s attack about the concept of intersectionality (Independent)

“Why Won’t You Educate Me About Feminism?” (The Belle Jar)

Cash-strapped older women are forced back to work (Guardian, Life and style)

Feminism can save France from Islam: that’s the real message of Majorité Opprimée (Guardian)

Hospital records of all NHS patients sold to insurers (Telegraph)

Enough talk about intersectionality. Let’s get on with it (openDemocracy)

Portraits of One Person as Two Genders (slate)

Women in academia: what does it take to reach the top? (Guardian professional)

Why progress in women’s rights has been compromised (Guardian)

If Europe votes for the ‘Swedish model’ on prostitution, women will be at risk (Guardian, CiF)

Image of a red microphone, by sparetomato, shared under a Creative Commons license