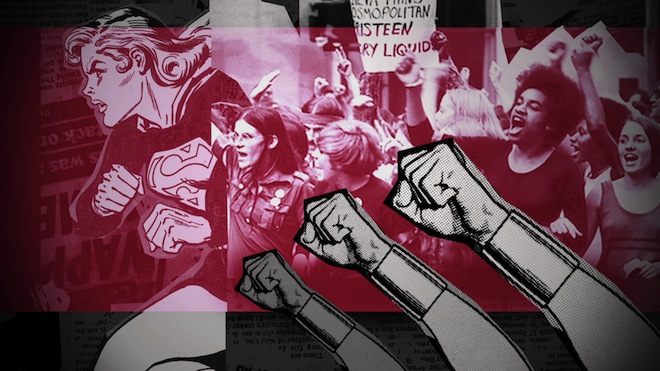 To celebrate International Women’s Day, BEV is hosting a screening at BFI Southbank of the powerful documentary Wonder Woman! The Untold Story of American Superheroines, a film which traces the fascinating birth, evolution and legacy of the Wonder Woman figure and introduces audiences to a dynamic group of fictional and real-life superheroines fighting for positive role models for girls, both on screen and off. Directed by Kristy Guevara-Flanagan and produced by Kelcey Edwards, this super-doc offers a vital and entertaining counterpoint to the male-dominated superhero genre. You can join the festival crew from 4pm for a special pre-screening Future Shorts event.

Nana Ekvtimishvili’s and Simon Groß’s award-winning Georgian feature In Bloom will open the Festival on Tuesday 8th April where it will receive its UK Premiere. Lola Bessis and Ruben Amar’s touching French-American family drama Swim Little Fish Swim, which will also receive its UK premiere, will close the festival on Sunday 13th April.

The 2014 Festival promises to be Birds Eye View’s biggest and best outing, with a host of UK premieres and special events featuring some of the world’s leading female filmmakers and rising new talents. The programme also includes industry programmes supported by the British Council and Creative Skillset, plus much more in six days of endlessly inspiring women from across the globe. 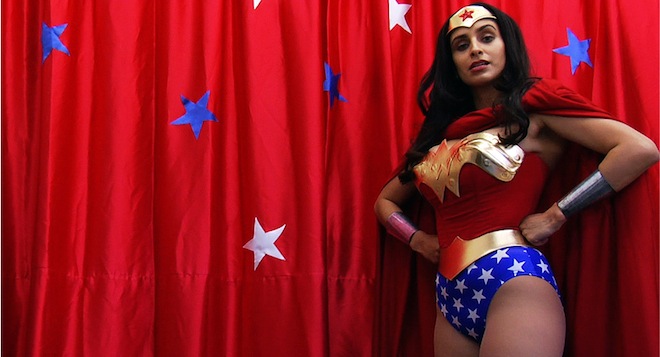 For your chance to win a pair of tickets for Birds Eye View IWD Gala on Saturday 8 March, answer the following question:

Which edition of Birds Eye View Film Festival is taking place this year?

I’m waiting for your answers until 5pm on Wednesday 5 March: ania.ostrowska[at]thefword.org.uk

Photos are stills from Wonder Women! documentary, courtesy of Birds Eye View Film Festival. Photo 1 is a collage of marching feminist activists and cartoon Superwoman and clenched fists. Photo 2 is of a woman superhero impersonator, standing in her costume against red background peppered with stars.