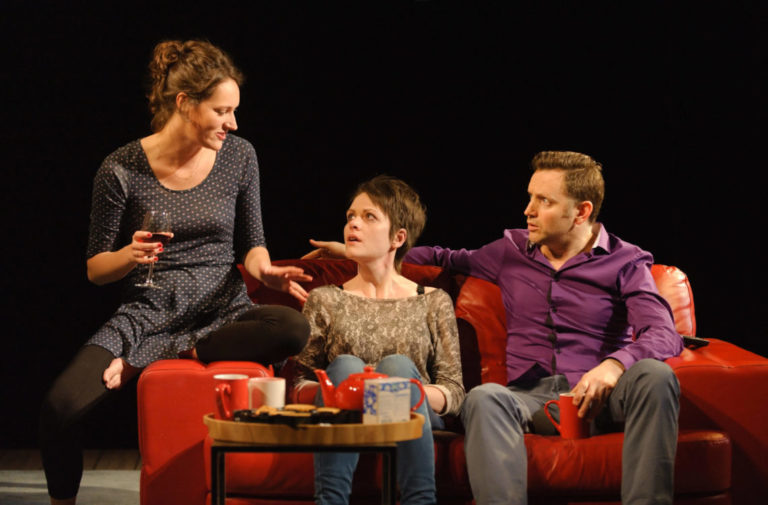 New review: The One

Rachel Gonzalez Boyd has recently reviewed The One, a play about the murky depths of a complicated relationship. She found that its merits are in its ambiguities. What is being taken seriously and what is just a joke? What is being critiqued? Where should our sympathies lie? This ambiguity can lead to uneasiness but in her view, revealed the complexity of a real relationship rather than sticking to cliches and tropes.

The play describes itself as “viciously funny” and there are comic moments but even they are ambiguous. The audience is responsive to the comedy, while constantly checking whether it’s ok to laugh. At one point, a solo audience member laughs and there is an uncomfortable atmosphere of judgement – but weren’t we joining in a few jokes ago? I was comfortable to laugh at topics that are normally no-go areas for comedy but my partner stayed stony-faced throughout. At one point [one of the characters] asks: “Is this supposed to be funny?” and I can’t help but feel she’s breaking the fourth wall and speaking directly to the audience.

Two women and a man sit on a sofa – one of the women is sitting on the arm of the sofa. They are in conversation. A table with a tea set and biscuits is in front of them.