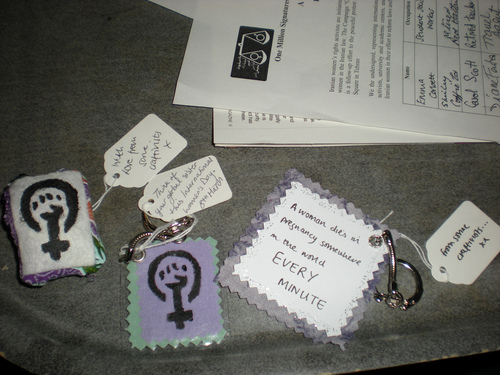 Everybody knows that it wouldn’t be International Women’s Day without at least 8,045 people asking pointedly, “Well, when’s International Men’s Day then?”

Many feminists choose to respond with every other day of the year, while others ignore the tedious and predictable question altogether. However, as Richard Herring found, it is also quite fun to let people know the date of the actual International Men’s Day, November 19th. Several hundred times. At least.

[The image is a photograph of crafts on the theme of International Women’s Day: keyrings and badges in the colours of IWDay using the feminist empowerment symbol. It was taken by the Craftivist Collective and used under a Creative Commons Licence]