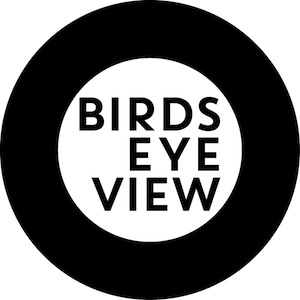 Birds Eye View Festival is back! The 10th Festival edition will run from 8 to 13 April 2014 at venues including BFI Southbank, Barbican, ICA, Curzon Soho and Electric Cinema.

The 2014 Festival is Birds Eye View’s biggest and best outing, with a host of UK premieres and special events featuring some of the world’s leading female filmmakers and rising new talents. The programme also includes industry programmes supported by the British Council and Creative Skillset, plus much more in six days of endlessly inspiring women from across the globe.

For the Opening and Closing Nights the organisers have chosen the hotly anticipated UK premieres of Nana Ekvtimishvili’s and Simon Groß’s award-winning In Bloom, a coming-of-age tale set in post-Soviet Georgia that’s been taking Europe by Storm, and Lola Bessis and Ruben Amar’s French-American dramedy Swim Little Fish Swim, a hit at SXSW and already hailed as the French ‘Tiny Furniture.’

There will be 19 features including 10 UK premieres, from edge-of-your-seat thrillers to heart-in-your-mouth personal stories – read the full feature programme.

Cutting-edge documentaries feature heavily in this year’s programme, showcasing some of the most interesting filmmakers today whose bold new approaches push the boundaries of the documentary form. Read the full doc programme.

Sophie Mayer caught a preview of a selection of festival films and she says:

The 2014 edition of Birds Eye View is edgier, more political and more adventurous. Alongside UK’s first screenings of Kelly Reichardt’s dark eco-thriller Night Moves and XXY director Lucia Puenzo’s Wakolda about one of Argentina’s dirtiest secrets, there are dazzling documentaries on show. From the tideline of Algeria’s Mediterranean coast to the sacred Lakota lands known as Pine Ridge, the festival opens a feminist eye for the film lover who wants a strong spine of social justice in her big-screen spectacle

Full programme and information on how to book on BEV website.