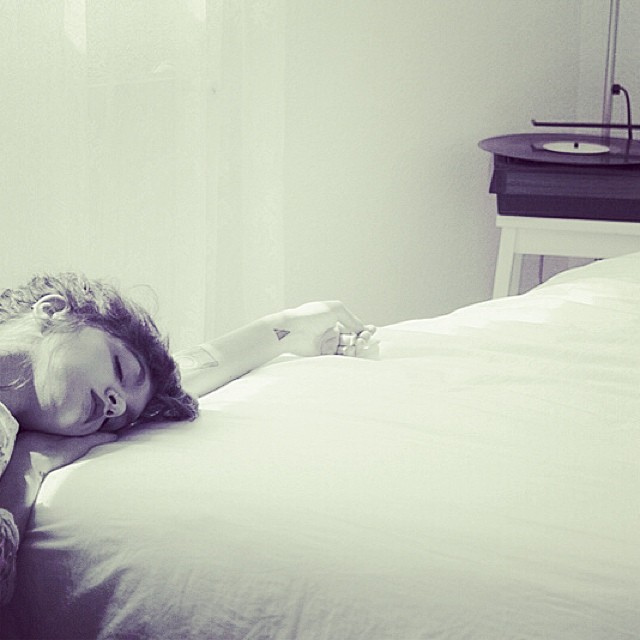 With mere days to spare, please click here for your April playlist. What can I say – it’s been a busy month! You can also click here to view the track-list. Hopefully, it’s a playlist worth waiting for.

Some of you might already be familiar with Courtney Barnet from her single ‘History Eraser’, a huge hit from summer 2013. Her new track ‘Anonymous Club’ takes a slower, dreamier approach, which works delightfully with her deadpan delivery. There’s something about the slide guitars in the background that reminds me of Howling Bells, another Australian act whose first album Howling Bells I loved and which is sadly absent from Spotify. Listen to ‘Setting Sun’ here and see what you think.

This month’s playlist strikes me as more downbeat than last months, so I wanted to include a few bouncy and upbeat tracks, hence my decision to pick Wilson Phillips’ ‘Hold On (For One More Day)’. I don’t believe in ‘guilty pleasures‘ – if you enjoy something, embrace it! – so I have no shame about shouting along to this track. Similarly, with Carpenters; Karen’s voice is sublime and, hey – if it’s good enough for Kim Gordon, it’s good enough for me.

I only heard the Appaloosa song recently on Metronomy’s Late Night Tales and thought it was fantastic. This is the song for the wedding I will never have. Glorious.

The image is a shot of a bed with white sheets. At one end, is a record player. At the other, a woman’s head rests on her arm, which is outstretched on the bed; her eyes are closed. The image has a blue/grey colour wash. Image by Garrett Keogh, shared under a Creative Commons Licence.