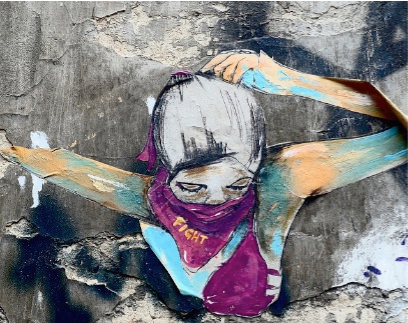 Hello and welcome to our regular weekly round-up of things we have read on the internet. Please share more links, plus your thoughts and comments! This is an open thread, so please feel free to say anything.

As always, inclusion of a link in this round-up does not imply endorsement, either with the original post, or the publication, or the blog, or the website.

Virginia Woolf ballet: Royal Opera House to stage piece based on novels Mrs Dalloway, Orlando and The Waves (The Independent)

The feisty feminism of ‘Girls just want to have fun,’ 30 years later (The Atlantic)

University adversity – advertising rape (Purely a figment of your imagination)

Margo MacDonald: The life and times of a political ‘blonde bombshell’ (BBC)

Gay conversion therapy should have no place in NHS, says health minister (The Guardian)

Photo of paper graffiti woman by Seven Resist, shared on Flickr under a Creative Commons license