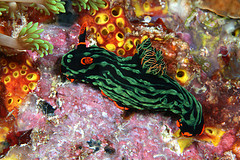 New week, new links! As ever, linking isn’t endorsement, and some links may contain disturbing content. If we’ve left anything out, pop it in the comments!