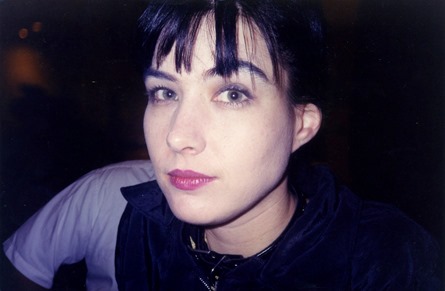 With great pleasure I’d like to announce that Sini Anderson’s 2013 documentary The Punk Singer will be screening in selected UK cinemas from Tuesday 13 May to 26 June.

Kathleen Hanna’s rousing vocals as lead singer of Bikini Kill and later Le Tigre have captivated audiences around the world. The Punk Singer follows Hanna’s story, charting her meteoric rise to become one of the leading figures in the punk feminist movement ‘riot grrrl’ that swept across North America in the early 1990s.

Director Sini Anderson expertly mixes interviews with the singer, her friends and husband Adam Horovitz of the Beastie Boys with stunning archive footage. From Bikini Kill’s sudden popularity to Hanna’s mysterious decision to quit music in 2005, the documentary is an intimate and compelling film about a unique artist and activist.

Our regular contributor Sophie Mayer offers a riotous review of the film.

DocHouse hosts special screening followed by Skype Q&A with the director on Thursday 15 May at London RichMix.