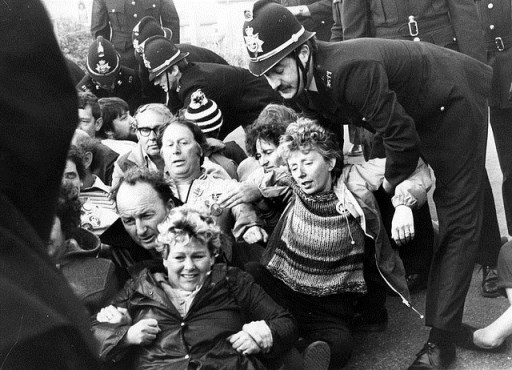 March 2014 marked the 30th anniversary of the miners’ strike in the UK, an industrial dispute which divided the nation like no other and whose effects are still reverberating today. The role of women in the furore cannot be overestimated. The strike made feminists of many miners’ wives – women formerly used to fulfilling a very traditional role – and after the conflict, there was no turning back.

My novel, Public Battles, Private Wars, is set against the backdrop of the strike and tells the story of a young wife and mother who finds her voice during a time of great hardship and struggle. While I was researching the novel, I spoke with a number of the women involved, miners’ partners and women from the political movements who rallied round – Labour Party activists, Marxists, feminists and others – about the often profound impact of the strike.

I have been asked why I’m interested in an industrial dispute decades old, who wants to read a feminist novel, and what relevance does it have for modern women? I answer these questions by quoting Elie Wiesel: “Without memory, there is no culture. Without memory, there would be no civilisation, no society, no future.”

I have my own memories. My stepfather was a steelworker, part of an industry crushed by MacGregor and Thatcher before they turned to coal, and my mother was an important role model. Growing up in a working class family in the 1970s, I was unaware of the feminist movement until I studied for a degree in Manchester. Whether or not she wore the badges, read the books and attended the marches (though we did visit Greenham on route to a Campaign for Nuclear Disarmament demonstration when I was a child), my mother was undoubtedly a feminist and her involvement in local politics had already helped shape her identity – she took public office as a town and county councillor and became mayor of our town.

My stepfather was also a feminist, though he too would never have described himself as such. Even before he lost his job, there was never any question of him not pulling his weight in the home, with cooking and cleaning and shopping and so on. Theirs is a relationship of equals with the mutual respect this implies. In this, we were different from many friends’ families in the rural Welsh town I grew up in.

When the miners came out on strike, I was in my first year of an English degree. Like so many of my fellow students, I marched and rattled buckets. My mother helped the women of the Point of Ayr Colliery.

A teacher and feminist Margaret Webster, of Mold, Flintshire, also rallied to support our local miners: “We made weekly food collections and street collections. I learned to shrug off abuse and insults. It was inspiring to see how strong and resolute the miners women were in the face of the hardships they were enduring. Many of the women got very close to each other, learned to speak out at meetings and generally gained confidence in their own abilities.” It was women like my mother and Margaret who became role models for women who previously lacked confidence and belief in their abilities.

Prior to the strike, Jean had always listened to her husband and done his bidding

Jean Nash, now 81, says that she would not have called herself a feminist back in the mid-1980s, though as an official in the local Labour Party, she considers herself “a little more informed than most at that time in Pontefract”. Jean was instrumental in forming a support group in her area and when she was asked to speak at various events, she found herself travelling the length and breadth of the country. During this time, she stayed in the homes of well-wishers and it opened her eyes: “I saw how the other half lived, I did. I lodged with printers and professors.” 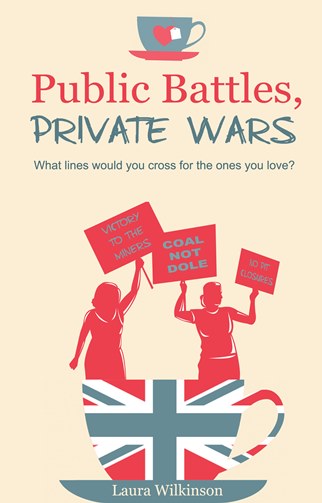 New ideas and opportunities presented themselves. Jean experienced strength in unity and the life-enhancing nature of sharing experiences and ideologies: “I grew politically and socially; I became better informed.” Prior to the strike, Jean had always listened to her husband and done his bidding. Not afterwards – she went on to support the printers against Murdock and has continued her involvement in gender politics, influencing her daughter, sons and her circle of friends.

Amanda James’ life shifted on its axis after the strike. Amanda was a young stay-at-home mum who worked in a soup kitchen for families of striking miners. “I had kind of always believed in equality between the sexes, but that was just about the extent of my thoughts. After a few months, because of my first-hand experiences, I began to question much of what I had taken for granted. I started to ask questions about why there was so much inequality in the world and closer to home, between men and women. During the strike a whole new world of ideas opened up to me.”

Narratives evoke emotion, take readers on journeys and allow them to walk in others’ shoes

Mary Jackson from Doncaster was an active socialist at the time – and still is. She says: “Feminism was just a word banded about by the press in the mining community I lived in. Of course, I now realise that the radical feminism portrayed in the press was simply divisive, a divide and rule ploy, but the miners’ strike liberated women in the true sense of the word. We didn’t stand behind our men nor stand in front of them. We stood beside them as equals, different strengths but equal value.”

After the strike was over, Amanda didn’t want to go back to her old life. “I was convinced to go back into education. I’d never had much confidence or self-belief, but eventually I began to see I was just as good as the next person. I did A levels, a degree and a PGCE and became a secondary school teacher of history and sociology.” Recently she realised a life-long dream to be a writer. Her third novel is out in April. She adds: “Back then, I had no knowledge of how and why the sexes weren’t equal. Of course, now I have a much greater understanding, and taught ‘The Family’ as part of Sociology A level for many years. Explanation of women’s oppression was a big part of that.” Amanda believes that human nature isn’t fixed; we all have the capacity for change: “I still believe that one day a new way of living will be possible. Not in my lifetime, but I hope in my grandchildren’s.”

There is a stack of writing about the strike, but the bulk of it is non-fiction and none of the three novels I’m aware of focus on the women. While much of the non-fiction available makes for compelling reading, nothing sticks in the memory quite like stories. Narratives evoke emotion, take readers on journeys and allow them to walk in others’ shoes, to live the life vicarious and learn from the experience.

There is still widespread oppression of women across the globe, but as the women’s role in the miners’ strike demonstrates, there is power in collective action and the cross fertilisation of ideas. History (herstory) is important because we learn lessons from our pasts, collective and individual, and it helps us to understand our present and shape our future.

Miner’s wife Mandy is stuck in a rut. Her future looks set and she wants more. But Mandy can’t do anything other than bake and raise her four children. Husband Rob is a good looking drinker, content to spend his days in the small town where they live.

When a childhood friend – beautiful, clever Ruth – and her Falklands war hero husband, Dan, return to town, their homecoming is shrouded in mystery. Mandy looks to Ruth for inspiration, but Ruth isn’t all she appears.

Conflict with the Coal Board turns into war and the men come out on strike. The community and its way of life is threatened. Mandy abandons dreams of liberation from the kitchen sink and joins a support group. As the strike rumbles on relationships are pushed to the brink, and Mandy finds out who her true friends are.

Laura will be running a workshop and a question and answer session at the Feminist Library on 21 June – Women of the 1984 Miners’ Strike.

You can find out more about Laura and the novel, including Book Group Questions, here: http://laura-wilkinson.co.uk.

Amanda James’s novel Somewhere Beyond the Sea (Choc Lit April 2014) is also available on Amazon. Read more from Amanda on her blog – http://mandykjameswrites.blogspot.co.uk/.

First image is a photo from the miners’ strike of 1984 – a group of women and men being picked up by police officers, uploaded by Flickr user Wales Online under creative commons licence. Second image is Laura Wilkinson’s book cover – Public Battles, Private Lives, provided by Laura.

Laura has published short stories in magazines, digital media and anthologies, and three novels. As well as writing fiction, she works as an editor for literary consultancy Cornerstones. For more information, visit laura-wilkinson.co.uk or follow her on Twitter @ScorpioScribble.