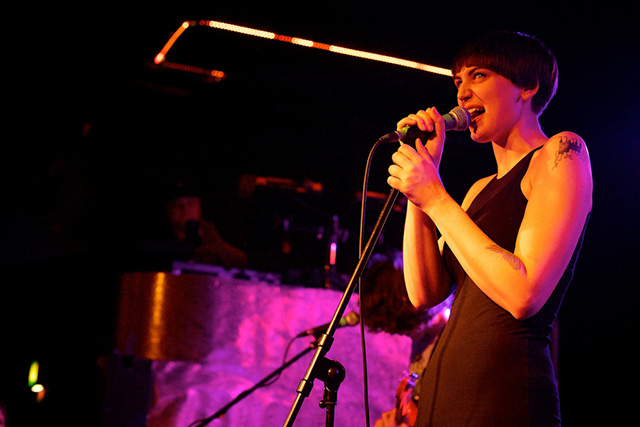 No I won’t get your tea on: self care in the punk scene

Here we go. The not all men brigade strikes again. Legend has it the army has soldier posted near every woman, primed and ready for the moment she questions any part of the patriarchal nature of our society.

In the firing line this time is noise pop group, Joanna Gruesome’s singer Alanna McArdle who in an interview with Drowned in Sound made a few observations on misogyny in music. The article was posted on Drowned in Sound’s facebook page and in response readers wrote varying degrees of offensive comments such as “There’s nothing like blaming your own lack of success on imaginary things”, “Get over yourself, love” or the ever faithful “Now get my tea on”. No matter what your saying about misogyny it always boils down to ‘that’ comment in the end. Like an ever faithful dog that always returns to shit on your carpet, some form of the “get my tea” line will be repeated till the end of time.

Ok, I could go on about how some men are awful and the music industry is stuck in the past along with the rest of the world but I want to focus on something else. These kinds of reactions to us calling out offensive comments, taking up space or just being ourselves are what women musicians have to deal with throughout their career. I mean PJ Harvey still has to deal with crappy sexist comments and she’s been in the biz for decades. How do we learn to recognise them for what they are, battle through them and, most importantly, put the naysayers in their place?

To recognise misogyny for what it is can sometimes be a lot harder than you would think. In the seemingly progressive creative industries, sexism is supposedly a relic from an age old era known only as ‘classic rock’. They say:

“We don’t do that anymore”

“I did a short course on second wave feminism in university”

Yeah … that doesn’t matter. What matters is what you say and do, not what you’ve collected around yourself to create the false perception of sainthood. I seriously grow tired of the folk that claim to be progressive but are actually either deeply prejudiced or like to sit on the sidelines as long as they’re ok (I’m not sure which I despise most).

But I digress. For me, to recognise prejudiced comments I needed to have the strength and belief in my own creative powers so I didn’t give up. Looking back to our sisters and foremothers who paved the way is a great way to get your head back in the game. The beauty that was created in the face of defiance is always something to behold and to be inspired by. Having a belief in what can be achieved and a vision of what you are is your armour in what can sometimes feel like an uphill battle.

The schoolboy comments, backhanded compliments and shutdowns all say the same thing:

“I am threatened. Threatened by your presence, stunned by my own lack of talent and I need to vocalise this feeling.”

The creativity of female artists is not what is even being judged here. It is presence of the feminine in what generations of men have tried to determine as a masculine field that allows the occasional woman in. An in depth look at the history of most music genres shows that the presence of the feminine and masculine can be found and works well. It is only when the history books are published, records sifted through and decisions made on who to interview in this month’s NME that the masculine aspect as music becomes more prominent.

It’s kinda nice to know you’re a threat as a woman, black woman, queer woman, trans woman. It certainly makes me want to up my game. I mean, you ‘might’ be an awful musician. Random people ‘might’ be going out of their way after gigs and on message boards to tell you how you should play your guitar because you’re just not that good at it but as the old saying goes “Bob Dylan made millions and he couldn’t sing for shit so why can’t you do the same.”

Joanna Gruesome’s singer Alanna McArdle at the microphone during a performance at The Lexington in January 2014. Image courtesy of Paul Hudson, shared under a Creative Commons License.

Stephanie Phillips is a journalist and blogger who runs her own blog about women in music called Don’t Dance Her Down Boys. She is currently involved in London-based punk band My Therapist Says Hot Damn and black feminist punk band, Big Joanie. She also co-runs the South London-based riot grrrl club night Bloody Ice Cream. You can follow her on twitter @stephanopolus.