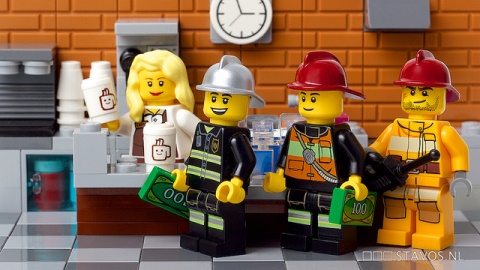 Earlier this year, seven year old Charlotte Benjamin’s letter to the Lego company bluntly demanded “…more Lego girl people and let them go on adventures and have fun okay!?!?” Unsurprisingly, an endearing photo of the handwritten complaint was passionately shared over social media; the absence of “girl people” who “go on adventures and have fun” is, after all, an issue that has long been identified by modern feminism. Despite the illusion that we’d be more likely to see a ‘boy person’ walking around with a hammer, in the world of children’s toys, Charlotte hit the nail on the head.

Like Charlotte, as a little girl, I was royally pissed off that I was only expected to play with insubstantial pink fluff. To top it off, all of the brands I actually wanted to play with had little or no female representation. Today, were I to meet Charlotte, I wouldn’t have the heart to break the news: gender stereotyping in children’s toys, whilst damaging, is just the first of many irritating fallacies girls have to deal with. It’s been my experience that the next stage, after the blue and pink binary toy trap, is the boy band knight-in-shining-armour debacle.

In approximately four and a half years, Charlotte will be encouraged and expected to cover her bedroom walls with posters of bands. They are often referred to as ‘trainer boys’, set up like mini pop choirs of soft-faced super heroes. She will be becoming what is arguably one of the most lucrative marketing demographics in Western culture – a teenage girl.

I wish for a pop culture role reversal when femininity is no longer seen as hysterical and masculinity is no longer seen as something that functions to assert dominance; mostly because I imagine that groups of charismatic, next door neighbour-style young women will crop up. They will sing songs to pre-adolescent boys, telling them “you don’t know you’re muscly” and that they’re going to “drive all night” in order to meet them for a cup of tea or something. In response to this, the boys weep uncontrollably (in this imagined future we live in a society that honours male tears) and spend hours agonising over their wedding plans to these gorgeous lasses.

Reality is quite different though: after Charlotte has spent just over a decade being told she has to play with nauseating bright pink glitter and run around screaming after boys with funny hair, she will be expected to grow up into a strong independent woman: a bizarre transition, really, but the patriarchy never did score points for being reasonable.

Only women are praised according to their gender, as a historically oppressed group, in terms of achievement

Like many young women, at this point, Charlotte will surely search for female role models. She will notice that the world is full of inspirational women and we have lists commemorating their achievements. Every year these seem to crop up, a recent one being the BBC’s Power List 2013 featuring an array of British women. 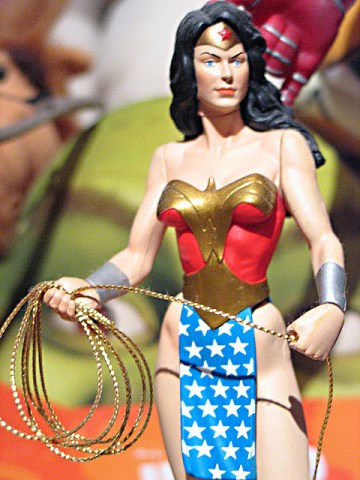 She may also notice that there does not seem to be a separate list for men…but why would there be? Only women are praised according to their gender, as a historically oppressed group, in terms of achievement. In my 20-something years, despite admiring accomplished women, I cannot help but feel that we have developed a culture of success and female heroism with a double standard: the more a woman overcomes, the more successful she is.

The danger of being seduced by the mythology of strength, from the perspective of black women, is described by Wambui Mwangi in her piece ‘Black Women Mythology’: “It is really terrifyingly, astonishingly and ineffably well-crafted, this myth. Insofar as, so long as we are kept either desiring, or believing ourselves actually to be, Strong Black Women, there is no amount of pure nonsense, abuse, overwork, ingratitude, exploitation, under appreciation, and just plain shit that we will not put up with.”

Like all mythologies that perpetuate oppression, that of the Strong Black Woman has a more damaging effect on marginalised groups; it is wrought with classism: “You see, SBW, of course, can make $10 stretch into meals for a week, clothes for everyone, payment of bills, and school fees, etc., – this is just a well-known and, indeed, required characteristic of SBW.”

Society’s expectation of women to be strong is silencing

And, of course, ableism – the judgement of an individual with regards to their physical ability – is a key factor in this mythology of female heroism. The physical attributes of being a woman – birth, ageing, and sickness (especially if the illness is one that exclusively affects women) – are things we are expected to get on with, without protest, voice or agency. In this way, society’s expectation of women to be strong is silencing. The issue of strength is one that permeates different intersections of women in varying ways, with regards to race, class, physical ability and sexuality.

I cannot speak for Charlotte – her parents did not share a photo of her, or any information regarding her ethnicity when she submitted her letter to The Society Pages website. However, I can speak of myself as someone of Arab origin. I can usually pass as white European; based on looks, no one would call me a Woman of Colour unless I did it first. I am therefore expected to be less resilient because of my white privilege. Privilege is being born ‘powerful’, without being expected to imbibe oppression and constantly educate others in order to make them more aware. Of course, the majority of women on the BBC Power List 2013 are white.

Although minor – clearly unequivocal and incomparable to Mwangi’s discussion of the black female experience – I have dabbled with mythologies of strength in terms of queer feminism. Growing up I was often put into the box of ‘feminist girl’, ‘dyke’, ‘rebel’, as I occupied whatever fierce outer shell it took to get my voice heard. At the time I would have called this attitude liberating and it was, but I often felt exhausted. To this day, particularly by men, I am frequently referred to as ‘fiery’ or ‘wild’. I am, in fact, just a person who has responded in a human way to societal circumstances.

In her own way, Charlotte has already had to be strong. She has had to vocalise complaint in order to make Lego a more accessible place for women. What she did is commendable, but also disturbing. Public protest, even if it is only to make toys more inclusive, should not be the task of a seven-year-old.

I’m not sure who I’m supposed to write to about this but I want to have the agency to get on with my “adventures and have fun okay!?!?” except without having to be strong or powerful to do so. Humans get to make mistakes, grow and have the privilege of being individuals. Strength is a force that moves in a single direction; a means to an end. When the idea of strong female achievement is encouraged, so are the systems of oppression which manifest the need for this super human resilience.

Charlotte is right – what we need is “more girl people”, not super heroines, exhausted from trying to create spaces that they can freely occupy. But where would women be, especially those of marginalised groups, without their strong survival techniques? I would like us to be able to find out.

Nayla Ziadeh writes and lives in London. She is fascinated by issues of social justice and happily identifies as a queer feminist. She enjoys sunshine, tea and discussions that take place over both of these things. Find her at @naylatweetshere