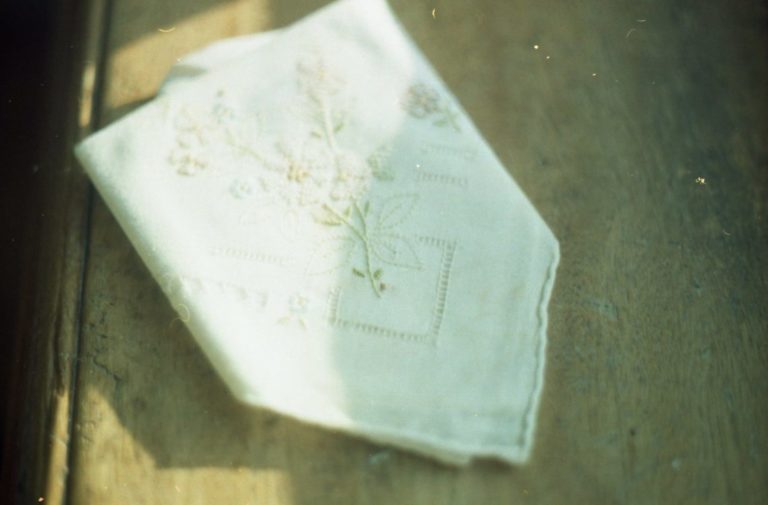 Shakespeare is often considered the greatest playwright in the world. However, when you’re a performer faced with a Shakespearean text, you may experience a feeling of entrapment: while some female characters are strong and witty and do not lack personal agency (occasionally cross-dressing to get what they want), you often wonder about their inner life, which is portrayed mostly through the context of male perspectives and circumstances. Of course, the plays reflect the particular time and place they were written in. Shakespeare is so revered and such a huge part of culture that the best we can do is engage with his text in multiple ways, changing the media, staging or even gender of the characters, as recent all-female productions have proved (what a turnaround from Elizabethan all male theatre!). Desdemona: A Play About A Handkerchief goes a step further than this by changing the text itself and transporting it from the public space dominated by men into the private back room where women dwell and talk.

Even the title itself is ironic. The author seems to ask: is Othello really an entire play where grown men chase each other about for a handkerchief? Put like that, it is faintly ridiculous. But the handkerchief, a token of love, is also proof of an unblemished virtue – poor Desdemona in the original play will not be believed on merit and her word will not be trusted against the word of a man. The tragedy of the character is precisely that: she is innocent and falls victim to intrigue and unreasonable jealousy. It shows that a woman can do everything right and still be suspect and that you can’t win in this system, no matter how careful you are. And maybe that is why, with that innocent victim in the back of your mind, it is so brilliant to meet Paula Vogel’s Desdemona: irreverent, spoilt, full of energy and caprice, longing for a different life and, above all, unapologetic about her sexuality and temper.

No, this is not Othello as we know it and the retelling is thrilling

“Where is that crappy little snot-rag?” yells Desdemona, turning the set upside down in her search. She is helped by her chambermaid, Emilia. The two women talk, pace and play power games: one is rendered powerful by her status and social class, the other because of her age and life experience. While the power is permanently imbalanced, as Emilia, being a servant, can never completely oppose Desdemona, the push and pull is riveting to watch. Alice Bailey-Johnson as Desdemona is volatile and changeable, swaying between being tender and almost vicious to her maid. Ingrid Lacey’s Emilia plays off the stillness, interspersed with an occasional outburst and unwilling submission. The tone of the play is almost iconoclastic in its treatment of the classic, delightfully so, because it breaks our preconceptions; it’s a conversation that would never have happened in public. Desdemona snorts at being connected to Cassio of all people and Emilia remarks wryly on her sexual promiscuity – no, this is not Othello as we know it and the retelling is thrilling.

When Bianca enters the stage, the situation changes yet again: Desdemona adores Bianca and covets her sexual freedom, whereas Emilia is both jealous and scornful of the new favourite. Bianca, portrayed by Ursula Early, is an incredibly powerful character. Where Desdemona is capricious and playful, Bianca is shocking and very open about her experiences as a prostitute. Whereas with Desdemona we gawk slightly at sex being discussed at all, with Bianca it is the tone and vocabulary of the discussion that has us gaping. As the two younger women play and laugh, Lacey provides a point of focus, contrasting their rambunctious presence with silence and restraint, eyes flashing with emotion. Considering that, if I heard correctly, the performers have only rehearsed for three and a half weeks. You have to bow to the brilliance of their onstage interaction; James Bounds’ direction is superb.

The mobility of the set designed by Kelli Des Jarlais allows for staging different situations, be they Bianca and Desdemona’s girls’ night in or Emilia’s peaceful sewing. The aesthetics of the back room – the place men will not enter, with its relaxed vibe and gossip – is symptomatic of a herstory, as opposed to Othello‘s male perspective (original Othello is, after all, a soldier). Free of men (although never free of the thought of them) the women discuss their identity, the reality of marriage and sex and Desdemona’s longing for freedom to know more of the world. The class politics are beautifully crafted: even as we empathise with Desdemona, trapped in a marriage, with sex the only outlet for excess energy and drive, we have to see it through the perspective of the other two: Emilia trapped in a loveless marriage with no money and Bianca constrained by the social view of her profession. Suddenly Desdemona’s caprices and complaints, though not unreal, seem fanciful in comparison – an expression of class privilege. Overall, the play offers a commentary on how social status elevates Desdemona over the plight of her gender, but also a reminder that it offers no real escape from it.

Above all, the characters are human, with all the failings that implies

It is interesting to watch a play knowing, at least in theory, how it ends. This does not detract from the pleasure: the three performers are dynamic and engaging, the pace fast (maybe slightly too fast sometimes) and, as the events develop, it is too gripping to think of the inevitable. Trapped as the characters are, we are shown women who – unlike Othello‘s Desdemona – are not saints or paragons of innocence, who do the best they can but occasionally become resentful, angry or petulant. Too often, and not only in Shakespeare, you’ll find female characters who serve as figures of overall goodness or victimhood and are both boring and unfunny; you’ll have gathered that’s not the case here! Above all, the characters are human, with all the failings that implies. While the tragedy unfurls behind the scenes, they try to figure out what it means to be a woman and if it can be changed; they argue and bond, which is shown with great physical theatre sensibilities. When the time comes, Desdemona’s death is like awaiting judgement and a menacing presence in the room. Far from actually changing the course of events, Paula Vogel’s play studies them in-depth, taking the characters that are usually dominated by male presence and defined by male context (Desdemona belongs to Othello; Bianca to Cassio; Emilia to Iago, acting on his behalf) and giving them their own voices and opinions. While their bonds to men do not disappear, they stop predicating their entire identities and existence.

Desdemona, A Play About A Handkerchief was written in 1979. While I heard a remark that the play has a second wave feminism feel to it, its discussion of sexuality and society suggest it is by no means out of date. Is sexuality empowering? Is marriage outdated? What is betrayal and what is innocence? These questions may not be answered, but that is not their purpose. Overall, they offer us a nuanced view of Desdemona: a young woman who, whatever her indiscretions were or were not, still doesn’t deserve to die at her jealous husband’s hands. And the breaking of that paradigm, of that inevitable narrative, is the greatest achievement of all.

Desdemona, A Play About A Handkerchief will be playing until 8 June 2014 at the Park Theatre.

Image: A folded white embroidered handkerchief on a window ledge, partially lit by the sun, partially in the shade. By Joana Kingwell and shared under a Creative Commons Licence.

Rita Suszek is a Polish feminist, writer and performer, who has something of a love-hate relationship with Shakespeare