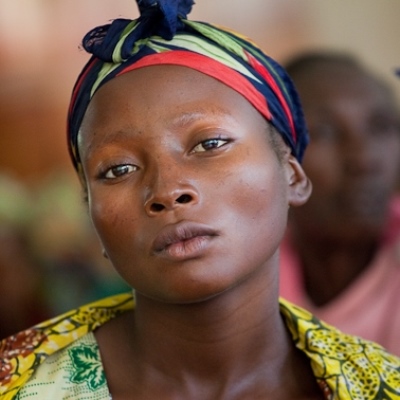 An open letter to William Hague from the Bradford Congo Campaign. You can help support the activists by emailing the Foreign and Commonwealth Office.

As a small group of Congolese activists and rape crisis women from Bradford Congo Campaign we were shocked to be surrounded by security guards and refused entry to the public Fringe of the Global Summit to End Sexual Violence in Conflict on Wednesday. To our dismay we were not welcome by the Foreign & Commonwealth Office as we were carrying postcards asking you to listen to the voices of Congolese women and civil society who repeatedly say the main cause of sexual violence in DR Congo is the economic war for illegal exploitation of its wealth.

homeland. People who have suffered the war in flesh, mind and spirit, risked their lives and been forced to flee because of their peace work and for raising their voices about the rape of women. In the group were the founders of a peace & reconciliation organisation in Ituri, a psychologist who worked with raped women in eastern Congo, a former Red Cross worker and an International Rescue Committee Gender-Based Violence worker. We naively thought the Fringe would be a place where we could listen, learn and share with others the perspectives and solutions put forward by those who know the situation from their work on the ground. Instead we found a space so controlled by the Government that issues of UK support for repressive regimes in DR Congo, Uganda and Rwanda (all with heads of state that are former armed rebels) and multinational corporation’s direct or indirect sponsorship of armed rebel groups accused of mass rape, were marginalised to such an extent that these key issues were not heard by us or visible to us at all.

Ministers and members of governments had their separate meetings and we did not knock at their door and ask to be let in. UK Government invited experts had their separate meetings and we did not ask to enter. However, we thought a public Fringe is supposed to be an open space. Being allowed entry only after being humiliated and having postcards removed that carry a message from Congolese grass roots activists surely goes against everything a fringe event should be. It demonstrated that in this case the whole idea of a fringe event was co-opted by Government.

The Global Summit Fringe organised by your department advertised itself as ‘open to the public and completely free to enter and visitors do not need to register in advance’. It called for people to ‘be inspired to take action’ but it seems it has to be an action that is vetted, approved and controlled by the UK Government and that you definitely shouldn’t mention the role multinational companies or Governments play in perpetuating rape and war in DR Congo.

Read more on the story here.

Photo of a black woman wearing a colourful headscarf and staring into the camera with a serious expression by André Thiel, shared under a Creative Commons Licence. The photo caption in Flickr reads (in French, my translation): “I was kidnapped, raped multiple times and my husband rejected me, yet I can look you in the eyes”.