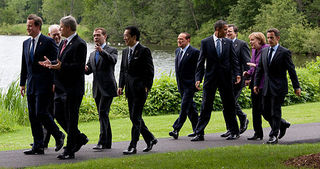 When people perceive the possible, it becomes a lot easier to achieve

This is a guest post by Ruby Lott-Lavigna, a supporter of the 50:50 Parliament campaign

Being a woman can be tough. Having the vote doesn’t actually mean sexism is over, and we can all go home and have a nice cup of feminist tea and watch a lovely bit of Channel Equality. In fact, turn on the television and take a look at the problem.

Ever stumbled upon Prime Minister’s Questions on the TV and noticed a distinct lack of something? Ever watched the news cover a Parliamentary debate or interview MPs?

Where are all the women? Take a look and you’ll see that we have a cabinet full of men. White, privately educated men. It’s a disgrace that a collection of people elected to represent a country are the antithesis of ‘representative’, as at least 50% of the population are excluded. Having men running the country doesn’t necessitate a patriarchal approach to legislature but, when it comes to who gets the short straw in the cuts, it’s very often women. Unsurprisingly, it can be very easy to pass legislation that disproportionately affects a group of people when there aren’t many representatives of that group present to disagree.

This is the problem with today’s government. Women, especially those from minority or disadvantaged groups, have suffered much more from the cuts to benefits and public services introduced by the government since their election in 2010, and it’s not a coincidence that only 23% of the House of Commons are women. In fact, there are more male MPs at this moment than there have ever been female MPs. The men in the Houses of Parliament have never had to deal with sexism or motherhood, yet their actions affect millions of women all over the country.

The ambition to get more women into parliament is stunted by the current image of a political system filled with men. When I look at the way politics is run, I am intimidated. Not only does it seem almost impossible to get involved in politics but, once you’re in, the prospect of arguing with men who have known each other since boarding school seem pretty unappealing. The difficulty with getting women into politics is not necessarily the actual process of getting elected, it is getting those people to actually perceive themselves as politicians. If they don’t see that other people like them – be it female, LGBT, non-white – have achieved it, then it’s a lot harder for them to believe they can do it themselves. Don’t believe perception is important? Look at the case of the four-minute mile. No one had ever completed a mile in four minutes and, in 1954, Roger Bannister managed to do it in 3:59:4. After his achievement of what seemed like an impossible task, unbeatable for hundreds of years, his record was broken in just over a year. When people perceive the possible, it becomes a lot easier to achieve. 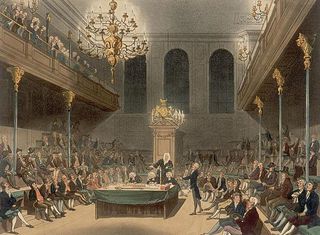 This is why saying ‘don’t hire women, hire the best’ is problematic: this totally ignores institutional sexism. The whole structure of our political system means women don’t want to apply or, if they do, they find it difficult to do so. It’s not that men are just better at running the country; it’s just a lot easier for them to chase the opportunities, which results in more male MPs.

It’s common sense to want more women into parliament. Not only does it depict a positive image for women everywhere to see that yes, women have agency, and yes, you can aspire to be whatever you want, but it opens up an employment opportunity to twice the number of people, which can only result in better politicians, and more choice. This is why getting more women in to government is better for both genders (and is often why companies in countries with quotas will purposely employ them even if they are not forced to – see Norway).

50:50 Parliament is a campaign that aims to fix these problems. It’s a campaign that’s not prepared to sit back and watch the people at the top continue to be the people at the top, letting others get stepped on. It’s a campaign that thinks women are fiercely intelligent and inspiring, and that we need more of these women in Parliament. As a politically engaged young woman, I don’t even feel like politics is an option for me, and that needs to change. That’s not because I don’t try hard enough, or that I’m not good enough; it’s because it’s really hard to aspire to politics when there are currently only three women in David Cameron’s cabinet. When women are patronised incessantly, and told to ‘calm down, dear’ by the leader of the party. When the Mayor of London, the Chief Economic Advisor, and the Prime Minister himself all went to the same, all-male boarding school. A parliament that gets the best, brightest people is a parliament with equal representation. That is the kind of parliament I’d like to live under.

50:50 Parliament is a campaign for gender equality of representation in the House of Commons. Since 1918 there have been only 369 women MPs, there are currently 503 men and 147 women sitting at Westminster. Based on the last three elections (when the average rate of change was 8 extra women MPs a time) it will take 100 years for it to become 50:50. The 50:50 Parliament petition asks Parliament to debate and take action to change from 77:23 men: women to 50:50 100,000 signatures are needed.

[The first image is a photograph of the G8 leaders in 2010 walking by a lake. It includes seven white men, two men of colour and one white woman. The second is an engraving of the House of Commons from 1808, depicted as being full of white men. Both images are in the Public Domain]