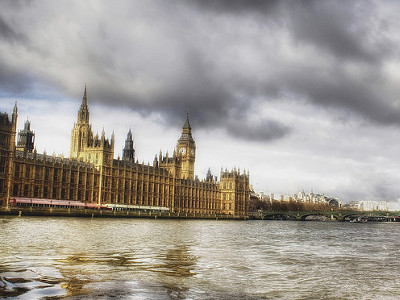 An invasion of five

I’ve heard a lot over the past week about Cameron’s cabinet reshuffle. This time, it’s all about the women, I’ve been told. That’s what coverage focuses on, whether it’s The Guardian saying it’s too late, The Express hoping for new role models for girls or Clegg decrying the Daily Mail’s sexist coverage.

You’d be forgiven for thinking that, this time around, there were actually rather a lot of women in the cabinet.

There are now five women cabinet ministers. That’s out of 22 in total, which comes to a hearty 23%. I can see how that might look smashing after the previous numbers, when only three out of 24 were women: a mere 13%. When 84% of Conservative MPs are men, this could indeed be a brave new world. In fact, in a rather gasp-worthy turn of events, the percentage of women cabinet ministers actually matches the percentage of MPs who are women.

If you add up the women who didn’t quite make the ministerial cut but are going to be permitted to attend cabinet meetings, things get even brighter. There are three more hiding in this section, which veritably balloons the proportion of women cramming into the cabinet-related area to, er, 24%.

OK, so it’s progress. An area that was very recently catastrophically bad in terms of representing women is now less so. But let’s get some perspective. It can have escaped nobody’s notice that women still make up a hefty half of the population. Yet to pay attention to the media hubbub, you’d think that it wasn’t just the case that a couple of women were added to the cabinet – by the sounds of it, we’ve practically taken over.

Here’s a fun game (and yes, I’m great at parties). Head over to the BBC’s visualisation of the new cabinet line-up. Click the tab that says “Women”. Click back to “All”. Click back to “Women”. Now try to wrap your head around the fact that this is what represents a reshuffle that has been called “female-friendly”. And then try not to throw whatever device you’re reading this on against the wall.

Why is it that a net gain of two women has generated such focused coverage? It’s an improvement, but surely if we’re totally honest with ourselves, this is still…kind of outrageous? And having five white women (who as far as I’m aware are also straight, cis and not disabled) in one of the most important groups in the country makes a mockery of representation?

But instead, the messages we’re getting are that women have arrived. And that upsets me. Not just because it’s so obviously not true, but because all this discussion is a distraction. For meaningful change in parliament, there has to be outrage. People have to be able to look at what’s happening and say – no, this is not right, no, I do not want this. Whether that’s through tweets to MPs, petitions, protests or a cross scratched with fury on a ballot paper, we need the passion to pursue change.

What happens instead when the discourse changes so that it’s in the back of most people’s minds that there’s been some sort of elemental shift in power towards women in parliament? I, for one, doubt that there will be as many retweets or people ready to march in the streets. I imagine that articles debating the merits of gender quotas will be met with more eye-rolling and page-turning. I can just hear the patronising tone of the next person to tell me we don’t need feminism in the UK.

The media coverage of the reshuffle has been sexist; it’s been demeaning; it’s been childish. But it’s also been just about as misrepresentative as the cabinet itself.

There are many deeper questions about this specific reshuffle, as well as some of the concerning records and beliefs of the individual women and men who are now part of it.

But on a very basic level, I think we need to keep saying this:

Five is not enough.

The photo is by Lucy Hill and is used under a Creative Commons Licence. It shows the Houses of Parliament on the bank of the Thames and the start of Westminster Bridge, with dark clouds in the sky.