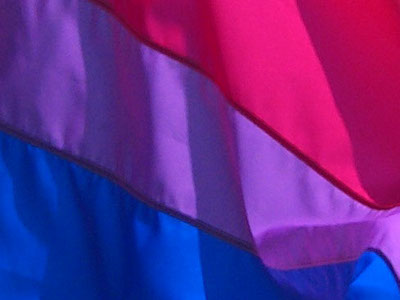 Finished @bindelj Straight Expectations. Don't agree with everything said (and wouldn't our world be dull if we did?) but an important book.

During her tenure at the helm of Stonewall, Ruth Hunt has made some progress towards inclusion of bisexual people within campaigns, as well as attempts at a dialogue with the trans community. I was therefore disappointed with the (albeit reserved) endorsement of Julie Bindel and her writing, particularly the failure to call out the author’s well-documented and long-standing biphobia, transphobia, and the flawed premise of her research.

.@ruth_hunt That's the book partly based on the survey that completely erased bisexuality, right?

What ensued was an interesting yet frustrating discussion. Ruth’s three main points seemed to be that she felt she’d already caveated her endorsement and anything more would go beyond Twitter’s character limit; that Straight Expectations was highly critical of Stonewall; and that rather than ignoring the book, we should engage with and challenge it in the hope of improving future books.

@elmyra @nanayasleeps it's a book that's highly critical of the organisation I've worked for for the last nine years….(1/2)

@elmyra @nanayasleeps but I don't believe the answer is to ignore it exists. Read, discuss, criticise, improve the next book written.

@nanayasleeps @stonewalluk @elmyra I don't think that's fair. Perhaps your right and I could have been more nuanced in 140 characters and

I want to address these arguments in turn. Ruth did make it clear in her original tweet that she had misgivings about the book. At that point, however, my entire exposure to “Straight Expectations” had been last week’s press coverage over Bindel’s revival of the “born gay” debate. My immediate assumption therefore was that this was the main sticking point for Ruth.

Given Stonewall’s own history of bi erasure and actions and inactions which have harmed the trans community, if there is genuine will to build bridges, the onus is on Stonewall and its leadership to reach out and create a proactively welcoming and inclusive environment for bi and trans people. Had Ruth wanted to do that while also acknowledging that the book was interesting, something like this might have done the trick:

“While based on unacceptable transphobia and biphobia, Julie Bindel’s Straight Expectations still makes some interesting points”

I was also disappointed by how much of Ruth’s side of the discussion turned towards Julie Bindel’s criticism of Stonewall as an organisation. It was mentioned three separate times. Unless Bindel has suddenly decided to criticise Stonewall for bi and trans exclusion, this is hardly relevant to the concerns I and others were raising. Yet I am walking away from this conversation with the impression that this is Ruth’s main if not only problem with the book.

Finally, I want to address Ruth’s suggestion that we should “[r]ead, discuss, criticise, improve the next book written” and her resistance to “no-platforming” Julie Bindel. To be perfectly clear, I was not suggesting no-platforming or silencing Julie Bindel. I am, among other things, a digital rights campaigner, and free speech is an issue close to my heart. Julie Bindel has the right to say and write whatever she likes within the laws of this country. She does not, however, have the right to an audience. At the same time, Ruth Hunt needs to be clear on the effect her words and actions have on her organisation’s credibility with the bi and trans communities. By associating herself – however reservedly – with “Straight Expectations”, Ruth is sending a message. That message, unfortunately, is that Ruth would rather boost the voice of someone who has a track record of biphobia and transphobia longer than my life than create a safe space for and give a voice to the more marginalised members of the LGBT+ community. At best, this is a missed opportunity.

The real issue with taking time to “read, discuss and criticise” and to, frankly, justify my existence every time Julie Bindel opens her mouth is of course this: the time I have spent writing this blog post, having a conversation with Ruth, arguing whenever someone tells me I am “not gay enough” – that’s time I could be spending on making the world a better place for the entire LGBT+ community, for women, for other marginalised people. I am inclined to spend some of that time on helping Ruth create an inclusive environment for bi and trans people in Stonewall. I am most definitely not willing to spend it reading and engaging with Julie Bindel and her biphobic, transphobic writing.

The image is a close up of a bisexual pride flag, with pink, purple and blue stripes. It is by marymactavish and is shared under a Creative Commons Licence.