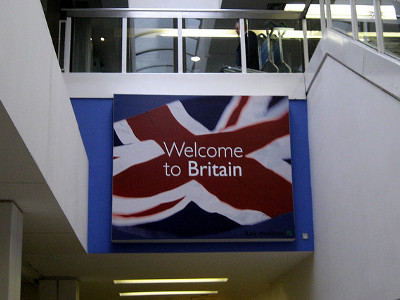 Immigration is a feminist issue

I left the country of my birth at the age of 10. For six years I was only tolerated in my new home because my father had a work visa. My mother, too, was in Austria on a family visa with no right to work. It is telling what I remember from those years. My father’s present to my mother for our first Christmas in Austria was a bank card allowing her to access his account. My parents didn’t often go through really rough patches in their marriage but the one time they did, when they didn’t speak to each other for two months and it looked like they would be getting divorced, my mother asked me if I wanted to stay in Austria with my father or return to Bulgaria with her. I was 11, maybe 12. I knew even then that if she wanted to leave my father she had no other choice – and that I would not go with her. I remember my mother struggling to learn German with very little social contact, and then struggling again to get a work permit. I know what she bought with her first own paycheque in Austria: a dishwasher. My mother, a research chemist originally, is now on her fourth career as a result of our migration; and while her current work is reasonably skilled and highly-paid, it is nothing like her first career.

That said, my mother has been lucky. She managed to get a work permit within two or three years, which gave her some financial independence. After six years, we were able to obtain Austrian citizenship, which meant she was no longer completely dependent on my father for her right to live anywhere outside Bulgaria. The odd rough patch aside, my parents’ relationship and marriage has survived my grandparents’ meddling, two international moves, a house purchase in their mid-forties, and me leaving for yet another country.

None of this changes the fact that immigration laws are inherently sexist. The way the family visa system is set up, and the fact that men are still likely to earn more and have the “lead career” in a relationship, makes many women immigrants completely dependent on their husbands. This can trap women in poverty and abusive relationships. And of course if you happen to have brown skin, the system only gets more horrifically oppressive.

In case you need further convincing that immigration is an urgent and burning feminist issue, consider this. One of the charities I support is the Abortion Support Network. It provides information and financial assistance to women from Ireland (North and South) to travel to England for an abortion. Back in its March Newsletter, ASN wrote this about women who had contacted them:

Four undocumented immigrants unable to obtain the visas they needed to travel for an abortion. Only one was able to access an early medical abortion via Women on Web. The other three women, despite checking with migrants’ rights and other organisations, were forced to continue their pregnancies.

Let the sheer horror of this sink in for a moment. Consider also the lesbian and bisexual asylum seekers, often survivors of rape, which the Home Office deports on a regular basis. Consider the impact the crack-down on alleged “health tourism” will have on immigrant women trying to access maternity health care. Consider trans women who one way or another fail to jump through enough hoops and fall foul of immigration systems, detained in men’s prisons.

The photo is by Wally Gobetz and is used under a Creative Commons Licence. Taken in Heathrow airport, it shows a sign on a wall that says “Welcome to Britain” on a Union Jack background.