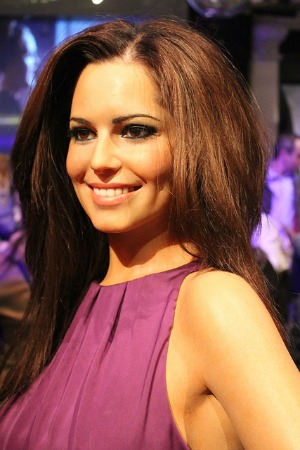 Marriage: a cry for help?

This week we read that Cheryl Cole had got married. For the second time. To a French man. Nothing unusual in that and why not? Good luck to her and I am sure we would wish her every happiness. But of course in our celebrity cramped world we are forced to know or at least be aware of every minute happening in a person’s life – we also know that Cheryl’s previous marriage was torrid and difficult and so why would she do it again? Is it to show the world she is OK now or is it more a cry for help? And for the record, I am not judging Cheryl in any way shape or form for the decisions she has or hasn’t made.

But the fact remains that after only three months of dating she has wedded this new man in a discreet and quiet ceremony (always concerning). Now I only really get to catch up on these kind of stories when I am at the hairdressers spending money I haven’t got on a high maintenance short bleached hair do. So I have to read something while waiting for my roots to lift. In fact this could be described as very much a ‘roots lifting’ story. It was only last Friday when I read about Cheryl’s new man and how he was turning up to all her work appointments and other events unannounced and basically being with her at all times. An alarm bell went off in my head as I thought that, rather than being romantic and supporting, he actually sounded controlling and needy. Not good attributes in a boyfriend. Or in any person. And now she has married him.

On the very next page was another article/expose about Jordan and her serial relationships. Crashing through from marriage to baby to affair to marriage to baby to affair she is the human equivalent of a truck that has lost its steering mechanism on a highway filled with chest busting hunks each one willingly stepping out to be hit head on by this thunderous pneumatic machine. Oh how we love to read about these ensuing and inevitable RTA’s the fallout of which keeps magazines in business. We commiserate with Cheryl and then question her logic in marrying a man she has only know for a few weeks? But what I see on reading these stories are not two women who many bitch about and envy for their jet set lifestyles and unending string of attractive boyfriends – rather I see two desperately unhappy and insecure women who believe that marriage will solve all their problems and their happy ending will be achieved. But happy is a state of being- something to be worked on every day. Alone and with others.

Marriage is often seen as the answer to everything. The Holy Grail that marks the end of the search for a lifelong mate. This may be true in a handful of cases but it is my belief that marriage can also be a cry for help. In a celebrity’s case it can be a way to make a pretty decent income if the pictures are sold into the right publication. But it is also a way of announcing publicly that you are happy. You have made it and are officially, a success. In reality, we are many people with many different needs. The pressure to find and stay with one single person for the whole of your life is not only wildly optimistic and usually unattainable, it can mean you can miss out on lots of other ways of loving and being. The model of one person for life is hugely damaging to women (and some men I guess also). It can give us false expectations but also not allow us to be at the centre of our own worlds responsible for our own choices.

In Cheryl’s case her recent marriage may actually be a cry for help for people to notice that she is in crisis. Marriage is so much more than the grand gesture of a wedding and perhaps celebrities marry -divorce-marry again so quickly partly because they can afford it! Marriage is an institution and with this of course comes certain responsibilities and commonalities that can be stifling and difficult to maintain. Like all institutions it has rules and regulations that are not rooted in the lived experience. Human beings are complex people. They need to experiment, change their minds, live and love and make mistakes without judgment or disapproval. So let us be kind to the Cheryl and Jordan’s and give them a break. After all, they are sending up a bat signal into the sky that we should all heed.

Photo is of a wax model of Cheryl Cole at Madame Tussaud’s. The model has brown hair and wears a pink dress. Photo taken by Michael O’Donnabhain on Flikr, used under a Creative Commons Licence.