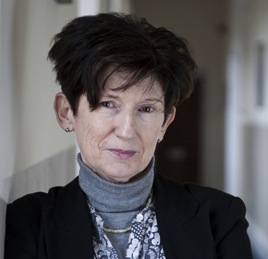 Mothers Against the Odds: new documentary

This is a guest post by Anne Daly, who wrote and co-produced Mothers Against The Odds (directed and co-produced by Ronan Tynan), a documentary by Esperanza Productions that can be watched at esperanza.ie

Mothers Against the Odds examines maternal rights in Ireland and Kenya, showing what happens when women’s rights are ignored. Making this film took director Ronan Tynan and I on a three-year odyssey that opened our eyes to one of the great unresolved injustices against women in modern Irish history: the symphysiotomy scandal we only became aware of when we sought to compare the experiences of Kenyan and Irish mothers.

Mothers Against the Odds was initially conceived as an attempt to compare maternal rights in Ireland and Kenya, in keeping with our approach to directly link the so-called ‘developed’ and ‘developing’ worlds, and did not expect to spend so much time uncovering a great injustice against Irish mothers.

The UN statistics suggest Ireland is one of the safest places in the world to deliver a baby, while in Kenya a mother has a one in 25 chance of surviving childbirth. However, we found the Irish experience much more traumatic than the statistics suggest as we discovered the untold stories of mothers forced to endure a level of cruelty, up to recent times, that was both shocking and incomprehensible. Both the procedure of symphysiotomy in Ireland and FGM in Kenya show that when any culture ignores or fails to respect the rights of women and girls, unimaginable cruelty can be inflicted on them. 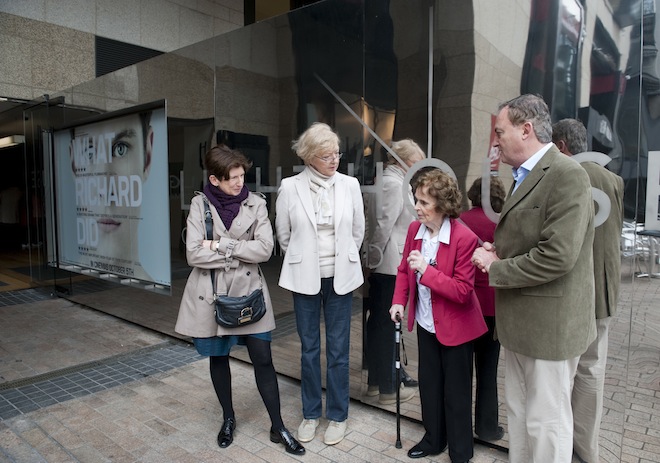 Symphysiotomy is a brutal medical procedure that was performed on Irish mothers up to 1984. Described by one Irish politician in the film as “medicine from the dark ages”, it involves breaking the mother’s pelvis to facilitate childbirth when problems arise. The key question that survivors and campaigners raise in the film is why such a painful and medically unnecessary intervention was allowed in response to a prolonged labour when the Cesarean section was the safe and available alternative at the time. The symphysiotomy procedure is described by some survivors as “torture” as in sundering the mother’s pelvic bone during childbirth, she is left with lifelong medical problems including severe pain, mental trauma, walking difficulties and incontinence.

Campaigning group Survivors of Symphysiotomy (SoS) claims that these operations were carried out without the prior knowledge or consent of the mothers and mainly for religious reasons by obstetricians who were opposed to family planning. Today, there are 250 elderly survivors who endure many severe health problems and filming the stories of some of these survivors was not easy as recalling their stories is very traumatic and painful for them. Our film shows not just the emotional and physical toll this surgery has had on survivors but it also examines the Irish cultural context that allowed such brutal procedure to take place unchallenged up to very recently. The question which still remains unanswered is why symphysiotomy, banned in the rest of Europe, was reintroduced in Ireland in 1944 and performed in some of Ireland’s top maternity hospitals.

In Kenya today and Ireland a few decades ago it always seems to be economically vulnerable women who are subjected to appalling treatment when they seek to give birth. One Kenyan lawyer cited the examples of women being “slapped, pinched, and told to shut up” if they complained. Without resources or rights, many Kenyan mothers are forced to remain in the maternity hospital until someone produces the money to pay the hospital for the delivery. In Nairobi’s Kibera – one of Africa’s largest slums – we discovered that many women are refused help by doctors with the delivery until the money is paid in advance. It was shocking to see the “pay first” sign outside Pumwani maternity hospital in Nairobi, the largest one in the country, where thousands of women deliver their babies each year. One woman told me that if you are unable to pay the hospital bill, your mobile phone and other possessions can be accepted in lieu of payment.

Similarly to Ireland in the 1950s, Kenya today is a very conservative country in terms of women’s rights. In Mutomo Mission Hospital – in the district of Kitiu, run by the Sisters of Mercy – a young male paediatric nurse explained how women have ” little or no say” over their reproductive health. In many cases when a woman became ill, even during pregnancy, her husband would do the talking for her, especially in rural areas. Women are making progress in asserting their rights in Kenya but they have some way to go: as we are reminded by one very progressive midwife, they are still “traded like cattle” in too many situations.

Talking to women in Kenya about how they are treated during pregnancy, we almost felt we learned more about Ireland than we did at home.

The first picture is a portrait of Anne Daly.

The second picture is from the launch of documentary at Lighthouse Cinema in Dublin. From the left: Anne Daly; Marian Finnucane (RTE presenter & one of Ireland’s leading broadcasters); former midwife Laura Mann, who features prominently in the documentary; Ronan Tynan, co-founder of Esperanza and the director of Mothers Against the Odds.