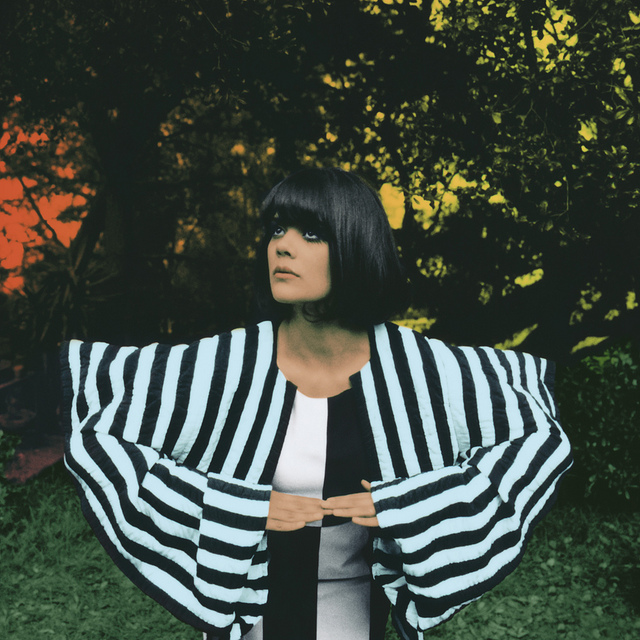 Feeling the heat, feminists? Martha and the Vandella’s ‘Heatwave’ struck me as a glaringly obvious, but entirely appropriate choice, along with Marlena Shaw’s ‘California Soul’ – a song surely made for the sunshine.

The Claude Violante and 10LEC6 tracks were both taken from a compilation called Colette Loves Andrea Crews. A bit of research suggests that Andrea Crews is a fashion-art collective. I don’t have a clue who Colette is – answers on a postcard, please. The compilation is well worth a listen and pretty amazing, with the exception of one track which, despite having some good and bouncy bass, gets tired get pretty quickly with its “I got pussy on my mind/all the time/all the time” refrain. Change the record, kids. Claude Violante is one half of Haussmann, who some listeners might be familiar with – read an interview with her here.

You may already be familiar with Beverly, the all-female super-group composed of Frankie Rose, formerly of Vivian Girls, Dum Dum Girls and Crystal Stilts and Drew Citron, formerly of Avan Lava. You can watch Frankie talking about their new album Careers released earlier this year here.

Bat For Lashes’ ‘Sarah’ reminds me of wailing sirens, mermaids and swimming underwater. A dreamy song to cool off to when it gets too warm.

Click here to be re-directed to this month’s Spotify playlist. You can also view the track-list here.

The image is of Natasha Khan from the band Bat For Lashes. The image is an upper-body shot of her wearing a black and white top, with stripes on the arms and blocks of black and white down the front. Her hands are held in front of her chest, touching at the tips, with her palms facing down. She looks towards the sky. Image by Neil Krug, shared under a Creative Commons licence.